Action Lab have provided an advance preview of Force #1 out this November! 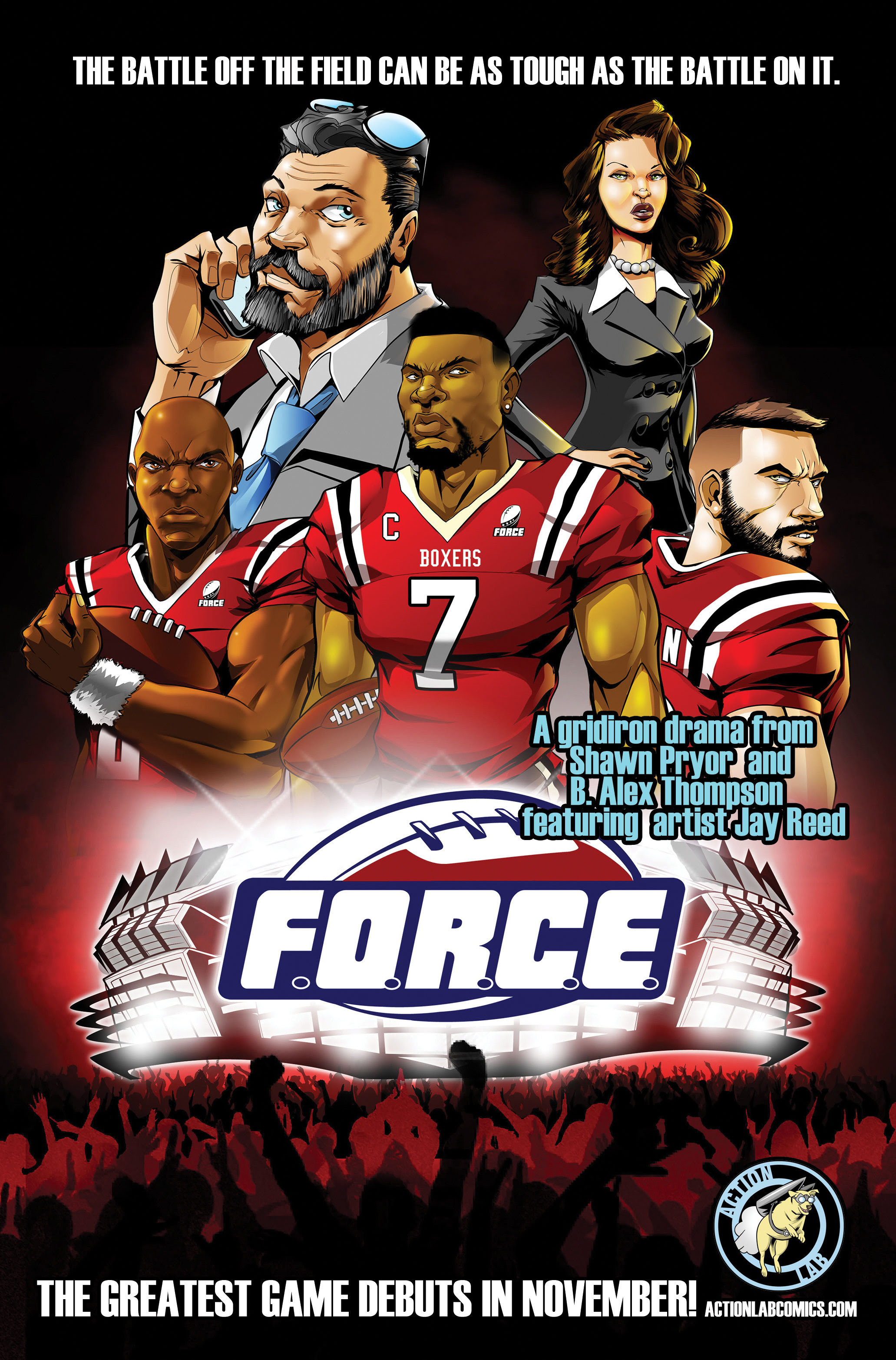 Terrance Wright, the starting quarterback for the Tennessee Boxers, is at the tail end of his career. Hoping for one last big payday, he’s doing all he can to lead his team to victory at Supreme Bowl XXVII.

But events leading up to the big game could possibly alter Terrance’s future in professional football. Will dealing with shaky finances and physical health, his scheming and calculating agent, a rookie quarterback that’s on his heels, and a personal relationship with the team’s operations manager take him to his breaking point, regardless of the outcome on the gridiron?

FORCE opens a new era of sports-drama series to comics, blending the hyperactive action on the field with the personal drama that takes place behind the scenes.

Creator Shawn Pryor comments, “I’m a big fan of football films such as Any Given Sunday andVarsity Blues, enjoyed sitcoms/dramas like The Game and Ballers, and I’ve been wanting to do sports comics for a very long time. FORCE is the first in a long line of creator-owned sports comic projects that B. Alex Thompson, Jay Reed, and I can’t wait to get into your hands.

Shawn goes on to say, “I also wanted to make sure that we could get this book into the hands of as many readers as possible, so the content is rated for ages 12 and up. It’s a great series for those who enjoy sports and have never read a comic book before, those who read comics and enjoy sports, or those who don’t watch live sporting events but really dig ESPN 30 for 30 documentaries.”

Out this week from 2000 AD – Sláine: The Horned God – Collector’s Edition There are only a handful of comics that can legitimately lay the claim to being groundbreaking and industry-changing – The Horned God is […]

Digital comics seem to be slowly getting back to what would be called normal. We still haven’t got a full release schedule, but there are some. Archie Comics has added two new specials for their […]