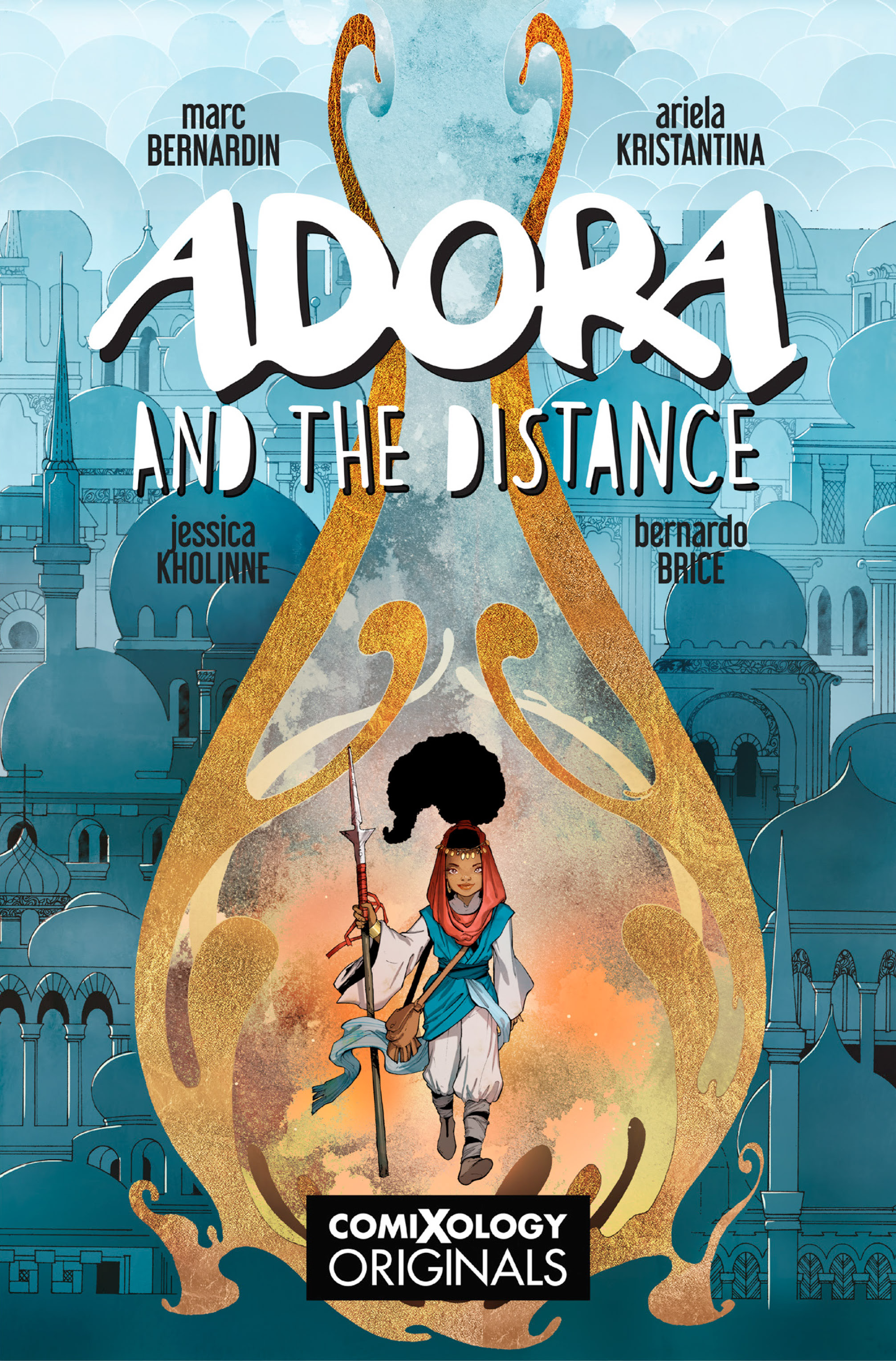 Inspired by writer Marc Bernardin’s daughter, who was diagnosed with autism at four years old, Adora and the Distance is a YA fantasy graphic novel following the epic adventures of Adora, a brave young woman of color who lives in a fantastical world with underground pirates, ghosts, and a mysterious force called “The Distance” which threatens to destroy it all.

“There are millions of parents of kids on the autism spectrum and there are millions of children with siblings on the spectrum,” says writer Marc Bernardin. “This isn’t a book about how hard it is to be a parent or a sibling, it’s one that imagines the unknowable: What’s going on inside the mind of a loved one who has never been able to tell us?”

“What immediately hooked me about this series was Marc’s story and I was floored at how it was both an exciting adventure and a touching love letter to his daughter for whom the series is inspired by and dedicated to,” said Chip Mosher, comiXology’s Head of Content. “Marc’s story paired with Ariela’s stunning art effortlessly builds a vast world that feels both familiar and beautifully new. Adora and the Distance is simply amazing and I can’t wait for everyone to read this tale later this year!” 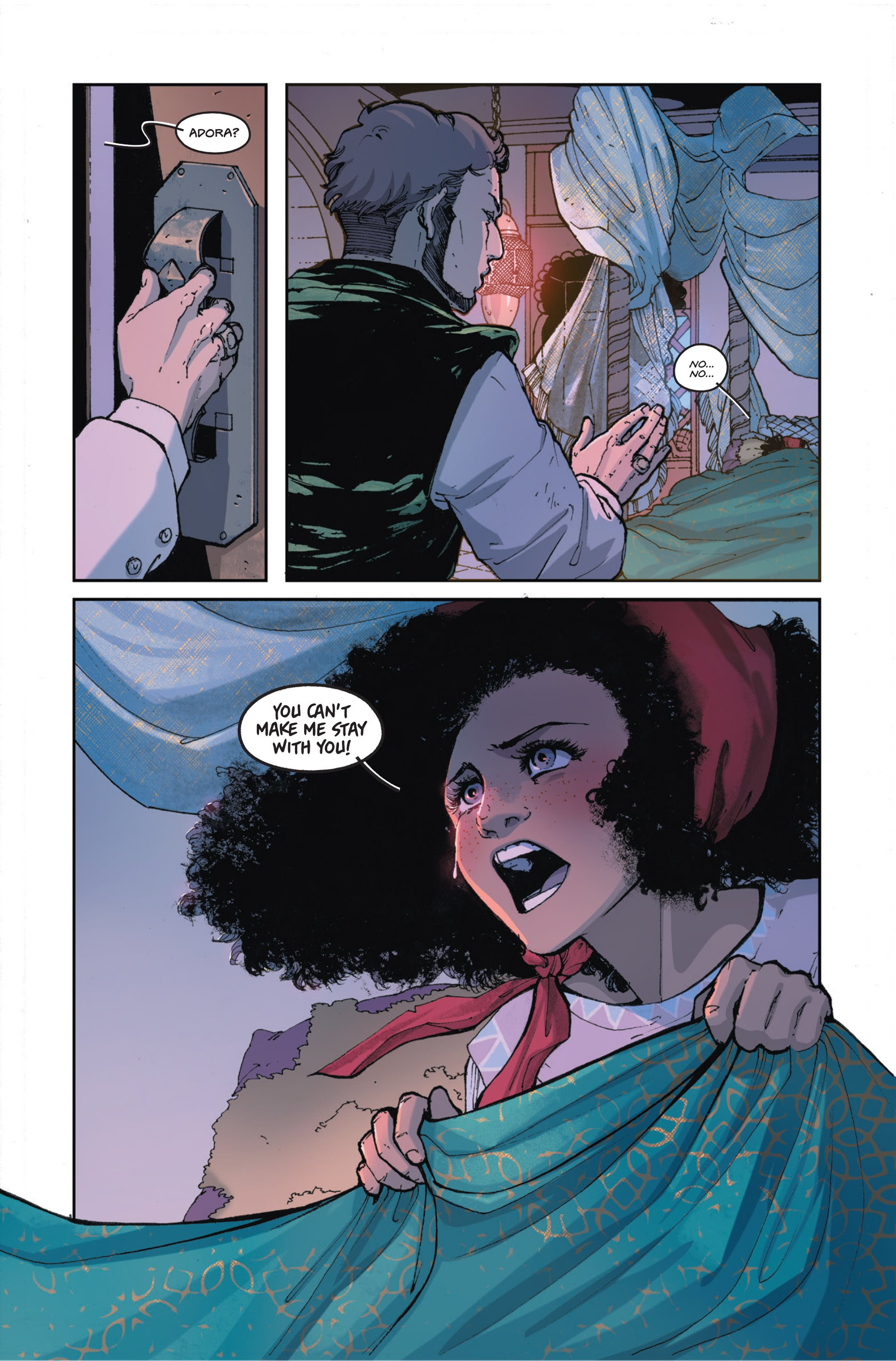 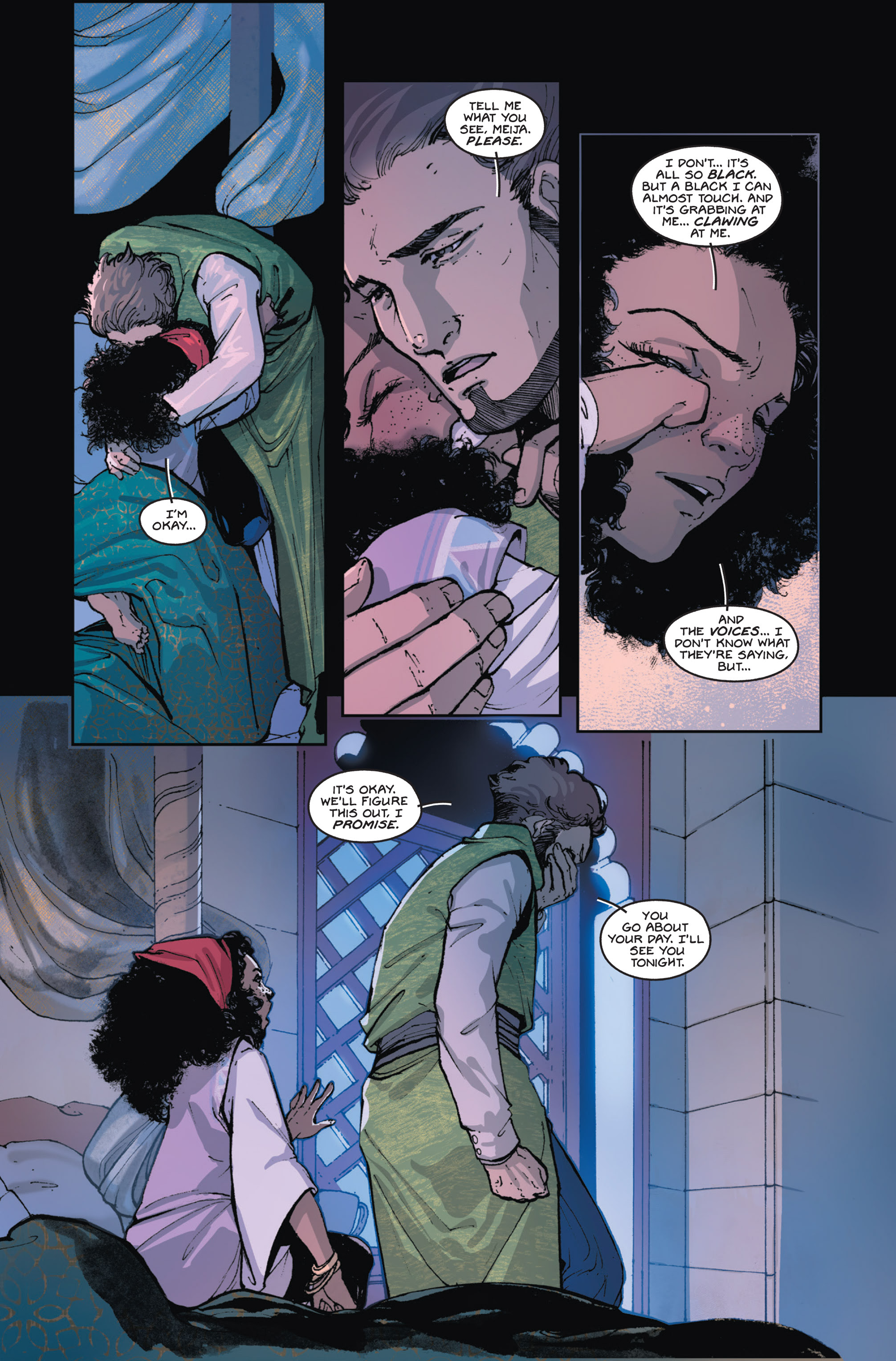 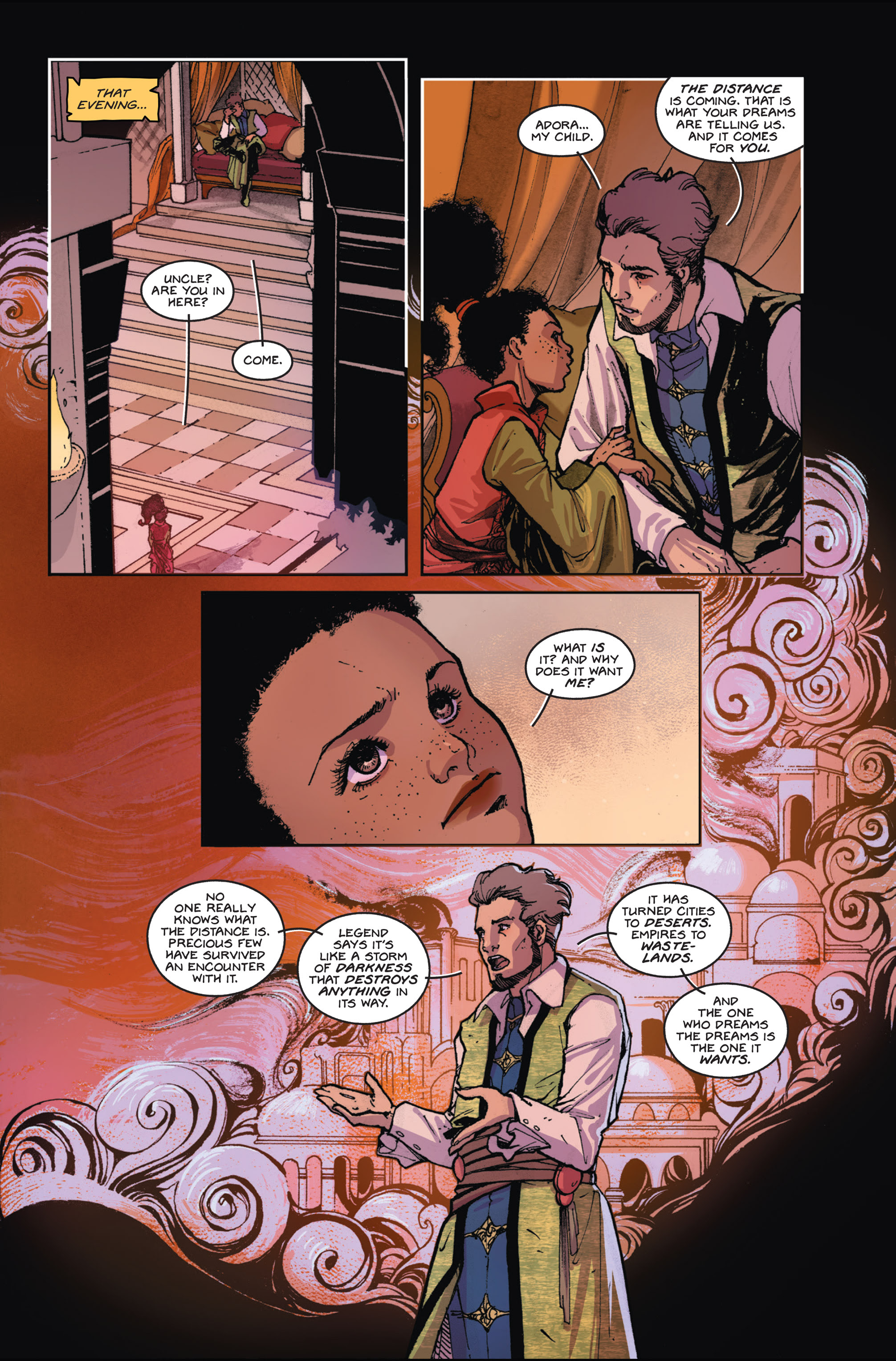 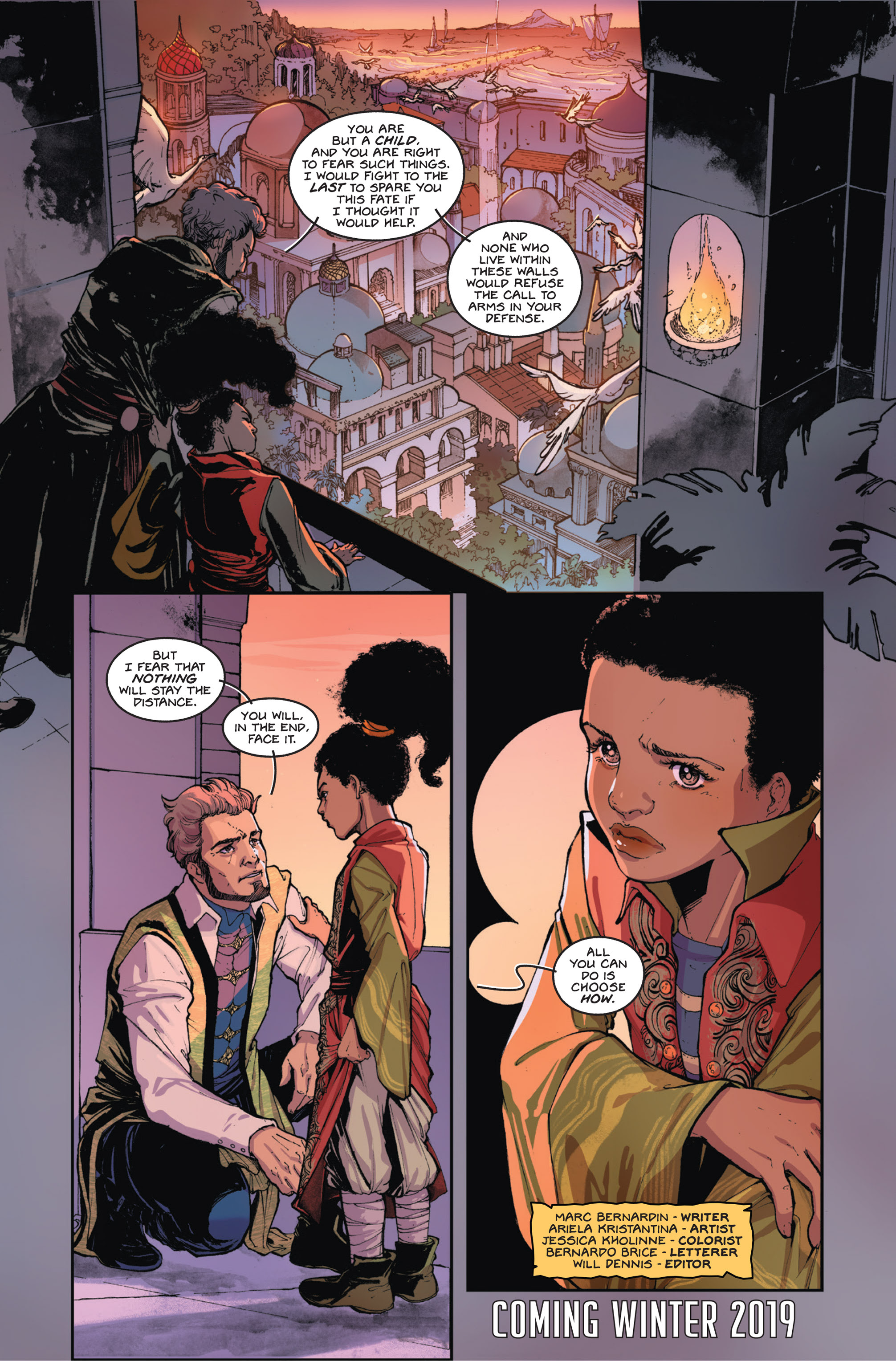 Artist Ariela Kristantina and colorist Jessica Kholinne bring the world of Adora and the Distance to life with dazzling designs and amazing artwork. Known for her art on InSeXts from Aftershock Comics, Adora and the Distance is Kristantina’s first YA graphic novel. “This book is the culmination of a parent’s love for their child,” said Kristantina. “It’s deeply personal, but universal and deeply moving. I’m honored that Marc trusts me to visualize this story.”

“Being a parent of any child, autistic or not, is not about you,” said Bernardin. “It’s about them. We‘re just the supporting characters in their stories. Hopefully, we’re there not to hinder them, as we all too often fear, but to help them on their quest.”

Debuting in winter 2019 as part of the comiXology Originals line of exclusive digital content, Adora and the Distance will be available for members of Amazon Prime via their Prime Reading benefit, Kindle Unlimited, and comiXology Unlimited at no additional cost and for purchase on Kindle and comiXology, including a full color print edition exclusively on Amazon.com.

About the Creators:
Marc Bernardin is currently a producer on the Amazon Victorian fantasy show Carnival Row. Previously, he was a co-producer on the USA Network spy drama Treadstone, a staff writer on the first season of Castle Rock, the Stephen King and J.J. Abrams original series for Hulu, and a staff writer on Syfy’s superheroic television series Alphas.

In an earlier life, he was an entertainment journalist: he was the Film Editor for the Los Angeles Times, overseeing the paper’s movie coverage and coordinating the efforts of a dozen staffers. He was also the Deputy Editor of Playboy.com, a senior editor for The Hollywood Reporter, a senior editor for Entertainment Weekly, managing editor of Starlog magazine, and a consulting editor for Fangoria magazine. As a freelance writer, he has contributed to Wired, GQ, Empire, Details, Vulture.com, and Syfy.com.

He also has written a fair number of comic books over the years. His most recent is Genius (Image), an urban revolutionary miniseries which The A.V. Club called “the most relevant comic on stands.” Other works include Static Shock (one of DC Comics’ premiere African-American superheroes), X-Men Origins: Nightcrawler, Wolverine, The Authority, The Highwaymen, and Monster Attack Network.

In other words, he’s a great, big, shiny professional nerd.

Ariela Kristantina is an artist from Jakarta, Indonesia, best known for her work on InSeXts (Aftershock Comics), Mata Hari (Berger Books, Dark Horse Comics), Deep State (Boom! Studio), and Logan Legacy (Marvel Comics). She has also contributed covers to a number of comics and anthologies since her debut in 2014.

Due to a change of printers and the chaos caused by COVID-19, DC Comics seem to be doing a lot more digitally. They have now announced a new digital-first series – Harley Quinn: Black + […]