by Peter Kwong & Pablo Churin
When four friends decide to rent a schooner for the day, everything is smooth sailing until they encounter a derelict ship adrift in the ocean – a massive trawler that looks as if it had been dragged from the bottom of the sea. When they spot a frightened little girl waving at them from the bow, they have no choice but to investigate. As they get closer to the ship, they discover that the girl is not alone. 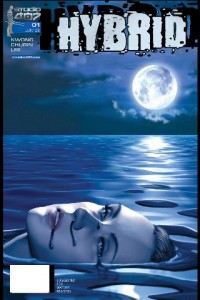 I was really unsure if I should get this title – it’s been available from Comixology app for a while – but I thought ‘what the hell’ the first issue is free as a teaser, so I gave it a try.
The art is nice and slick – it looks very professional and easy on the eye.
I was starting to get a bit board with the story at first, but the final few pages got me interested enough to consider issue #2!
There are some stereotypes here – but they are not in your face enough to grate – and this is only a 4 issue series!
Worth trying out – unsure if I would recommend it though!