Kevin from Tabella Publishing is the first of our hope fully regular guest posts. If you have some thoughts – please contact me 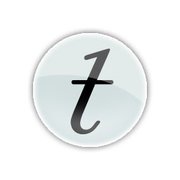 Right then! Digital comics â€¦ When Michael Nimmo asked me for my thoughts on digital comics last week (“â€¦ the whole digital thing,” he said, “thoughts, issues, the future, etc”), I thought “eek, can I do that â€¦ it’s a pretty huge subject”. So, I thought the best thing would be a general conversation opener to the subject.

I thought it useful to come at the subject from the two main standpoints, that of consumer/reader, and that of creator/publisher; I fall into both camps. I read comics on my ipod touch. I have iVerse’s Comics+ app, and Comixology.com’s app, and Marvel’s app, but it has to be said, I don’t find the reading experience particularly good. For me the screen’s just too small for comics and graphic novels. I actually find the ipod works great for novels (and it’s how I read novels these days, and I’ve pretty much stopped buying paper books), but not for comics.

The only comic I do read regularly on the ipod is Fundin and Madsen’s ‘Little Gamers’. Simple comic strips like this work great on the small screen, but more complicated graphics just don’t â€“ I can’t imagine reading Asterios Polyp or Watchmen on an ipod/iphone â€“ these are kinda my yardsticks in this matter â€“ and certainly not on a lower resolution Android phone. Although a lot of comics apps are technically amazing â€“ displaying full pages, then cleverly switching from one panel to the next, resizing as they go (Robot 13 is particularly well done in this respect), personally, I can’t sit down and read like that â€¦ it’s too ‘bitty’, and you don’t get the full page experience, never mind the double-page spread. For me, reading from one panel to the next in a linear fashion misses out on an essential aspect of how we read comics/graphic novels â€“ that is, we don’t always read in a linear, panel to next panel way. I find that I tend to scan full pages/spreads first, picking out interesting elements, examining separate panels, regardless of where they fall on the page, and then reading through the spread.

Likewise, Kindles don’t do it for me either; they’re black and white only, and, although I have seen some comics done well on the device, the device itself just doesn’t do it for me. I saw some comics on Kindle whilst at the recent Bristol comics expo, including some ‘adult’ comics (I apologise, though, but I can’t for the life of me remember the company’s name). I have thought about publishing on the Kindle, but that e-ink screen just doesn’t inspire me. Also, and I don’t know if this still holds true, but I read a piece recently on the Comics Alliance site which talked about the prohibitive cost of publishing on the Kindle, and, well, let’s just say I don’t think I’ll be going there. Here’s a link to that article:

Another issue with the Kindle is the amount of ‘spam’ that’s being put on the Kindle store, by people copying material from the internet, packaging it up as ebooks, and selling via the Amazon store. Often the material is lifted straight from copyright material. Unless Amazon gets some quality/copyright checking system in place, this trend is only likely to continue.

For me, the best way to enjoy digital comics is on something like the iPad (I don’t have much experience with Android tablets, apart from a brief play with a Samsung Galaxy thing which kept crashing). The high res, full colour screen (plus all the touch/interactive stuff that Apple’s built into iOS) make the device the clear winner in the digital comics experience (and I certainly can imagine reading Asterios Polyp or Watchmen on an iPad). Check out our digital version of Andrew David Murphy’s The Blue Rider, for example â€“ the wonderful rich colours and vibrant artwork just wouldn’t work on a smaller device. As other high quality tablet devices come to the market (Android, Blackberry, HP, etc) then the digital comics scene will just get better, and more the norm (there’s a lot of talk at the moment about sales of digital books overtaking sales of physical books).

As far as actually publishing in digital form, there are a number of options available. Most publishers will make work available digitally. We’ve been rolling out our material for iPad for some time now, and, as well as generating income, having digital comics out there is a great promotional tool for print books. If you don’t have a publisher for your book/comic, Graphicly’s got a fantastic (and growing) range of titles available. You could, of course, convert your material yourself (though you would need to get yourself some ISBN numbers â€“ see Nielsenbookdata.co.uk). With regard to publishing your stuff on Kindle it’s not that difficult. You can create an epub from Word or Apple’s Pages, for example, then, if necessary, prep the file using Calibre (sorry, I’m not sure if there’s a Windows program that does the same thing).

Likewise, there are a couple of options available for publishing your stuff on iPad/iPhone (each not that difficult). The first is via the epub format on Apple’s iBooks. You can make your epub from Word or Apple’s Pages, for example, prep the file using Calibre, set yourself up as a publisher with Apple, and send your files to iTunes Connect. Sounds easy enough, but Apple does like developers and publishers to jump through a lot of hoops (but this is where the difference between Apple and Amazon lies â€“ the former has quality control).

The second way of getting your material out there is via the app developer route (and this is the route I’ve taken, mainly because iBooks wasn’t available when I started, but also because I wanted to protect our the artist’s copyright â€“ there are a lot of epub files on the internet). Â£50 a year gets you into the developer program. If you’re not already a developer, there’s a fairly steep learning curve, but a few Youtube tutorials, some sample code from Apple, and some Googling, and you’ll soon have the basis of an app â€“ and once you’ve built your first one, the rest are easy. Hiring a developer to do the job for you is expensive!

One issue that you might encounter going down the app route is with regard to pricing. Basically, consumers have been a bit spoilt by the app buying experience, in that there are a lot of amazing free or very cheap apps our there. So how do you price your comic/graphic novel? Will app store customers really want to fork out 7 or 8 quid for your graphic novel?

Finally, what will digital publishing mean or small press/artist creators, producing short run, or home-made, folded and stapled comics? Personally, and speaking as someone who grew up reading comics and listening to music on vinyl, I think these will continue just as they have been doing, but there may be a little ‘pressure’ to improve the quality perhaps. I think it’ll drive the creation of high quality comic books, much as we’ve done with Oivind Hovland’s Trial and error and A day in the life of Alfred, and publishers like No Brow have done â€“ producing wonderfully tactile books, made with high quality paper/printing, etc. But, of course, small press creators will continue as they’ve always done.

Are you interested in some titles from Tabella Publishing? Then try out ‘The Blue Rider’:

The city of Miyamoto, a place of light and noise ran by a self-elected group of youths called The Screaming Stars – a clan of teenage assassins bred from an early age to kill and party. Shin, former leader of the Screaming Stars, returns to the place he once called home to find that some things change and some things just stay the same. After a failed attempt on his life by his old clan, Shin searches for old friends and answers to questions long left buried in his past. And, a bit of revenge. The tale of Miyamoto Musashi is reborn for a new generation in ‘The Blue Rider’ – a largely made up, semi-true, sort-of accurate portrayal of his famous duel with long time rival, Sasaki Kojiro. Taking in music and video games as ammo, and the myspace generation as it’s target, this is the first of what will be a three part series of arse kicking, robot smashing, kung fu nonsense. Your world is gonna end!