As BleedingCool reported the passing of Minck Oosterveer: 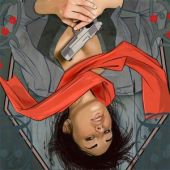 He was fifty years old and is survived by his wife and two children.

Boom! Studios have announce that The Unknown will be available for free on iVerse Media’s Comics+ app and Comixology’s app. It’s well worth checking them out!