9-11 will always b in our memories and at the time DC released this tribute book. The front cover was by Alex Ross and has always struck a cord with me. 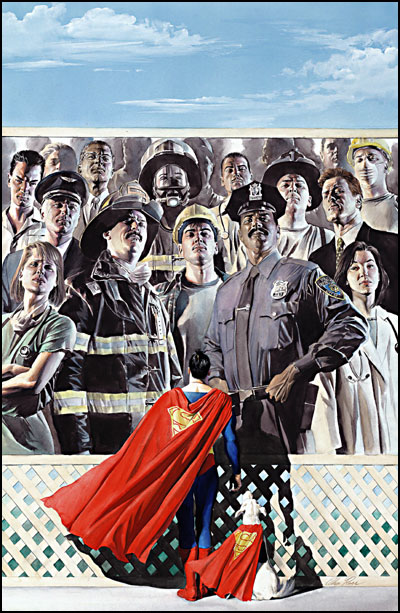 Now you can read it too for free:

Written by:Â Various
Art by:Â Various
DC Comics – including WildStorm Productions, Vertigo, and Mad Magazine – presents a collection of stories and stand-alone artwork from the vast community of talented writers and artists associated with it. Award-winning cover artist Alex Ross offers a painting (modeled on the legendary Big All-American Comics #1) that shows Superman and Krypto looking at the heroes whose sacrifice on September 11 served as an inspiration to so many.
Price:Â FREE
Pages:Â 213
Rating:Â 12+
Release Date:Â September 11, 2011
Â©2011 DC Comics.