Good news for Marvel and the Digital Comics people – I wonder how these sales stack up compared to Justice League #1? 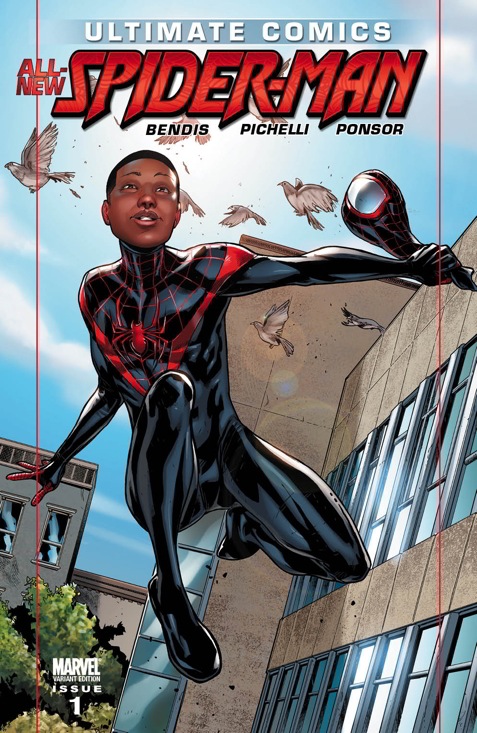 â€œI am completely humbled by the support and success of Mr. Miles Morales in both print and digitalâ€ said writer, Brian Michael Bendis. â€œNothing frustrates an author more than his work not being able to get into the hands of the people that want it, and now with the Marvel Comics app we can!â€

â€œWeâ€™ve been doing the day and date comics for about a year now since the launch of Ultimate Comics Thor #1, and each subsequent release has not only seen increased sales within the app, but weâ€™ve also seen a great trend in which the print comic reorders increase exponentially,â€ added David Gabriel, SVP of Sales. â€œWeâ€™ve been pushing to make Ultimate Comics Spider-Man our top release to date, and the results weâ€™ve seen both here and in print certainly show us that weâ€™re heading in the right direction.â€

Havenâ€™t jumped into the Ultimate Comics Universe yet? Well thereâ€™s no better time than now! Learn all about how a regular kid from Brooklyn will soon learn an all new meaning of power and responsibility, courtesy of superstar creators Brian Michael Bendis and Sara Pichelli. So what are you waiting for True Believer? Head to the Marvel Comics App and see what everyone is talking about, today!