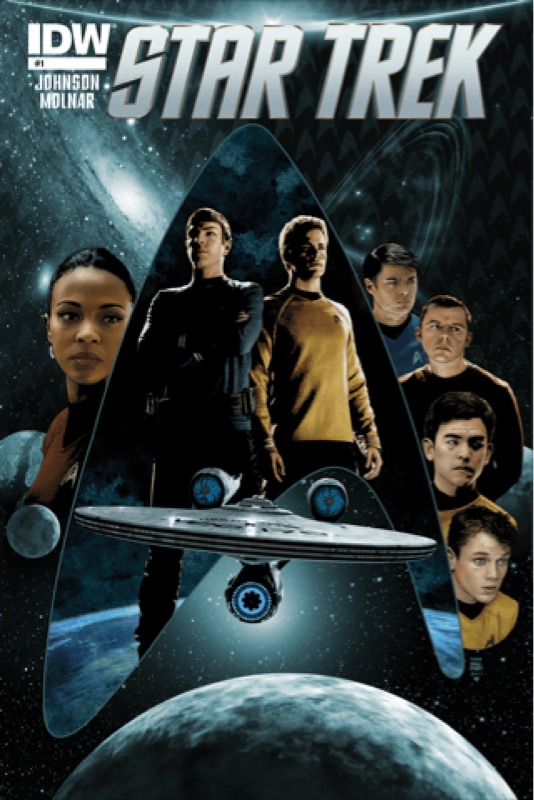 If youâ€™re a Trekkie like me, then youâ€™re probably hugely excited about the release of IDW Publishingâ€™s new â€œStar Trekâ€ ongoing series.
If you havenâ€™t heard the premise yet â€” this new series picks up where the 2009 J.J. Abrams film left off, and re-imagines the original â€œStar Trekâ€ series in the new style and timeline of the filmâ€™s alternate universe. Roberto Orci (â€œStar Trekâ€ writer/producer) is a creative collaborator on this seriesâ€¦and this begins the countdown to â€œStar Trek 2â€³ â€”
Personally, I couldnâ€™t be more excited! Theyâ€™re kicking things off just right, with a brand new take on â€œWhere No Man Has Gone Beforeâ€! As far as Iâ€™m concerned this is the most exciting â€œStar Trekâ€ title to come out since the original â€œStar Trek: Countdownâ€ series kicked off the whole J.J. Abrams universe in comics.
â€œCountdownâ€ was also pretty special or another reason. It was released digitally, and was a MASSIVE success.
This new â€œStar Trekâ€ series is also being released digitallyâ€¦and you can get it TODAY!