The other week, Marvel made a great play that the digital release of Ultimate Comics Spider-Man #1, had broken their first-day digital sales record. Though they werenâ€™t giving any numbers away. But then they never have.

David Gabriel was quoted as saying

â€œWeâ€™ve been doing the day and date comics for about a year now since the launch of Ultimate Comics Thor #1, and each subsequent release has not only seen increased sales within the app, but weâ€™ve also seen a great trend in which the print comic reorders increase exponentially.â€

I was told back then that initial Thor #1 sales were around two thousand on release, but havenâ€™t heard anything anything close to solid figures since. 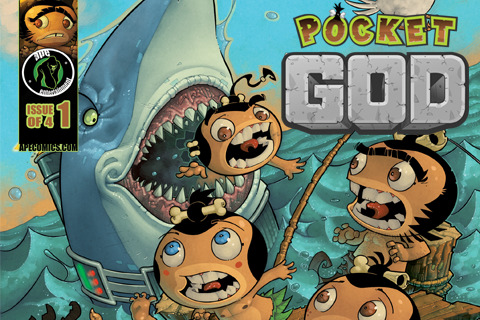 But even with exponential sales, itâ€™s hard to believe they could match the sales success of the Pocket God digital comic yet. Dave Castelnuovo, CEO of Bolt Creative tells me â€œI would be very interested to see the actual sales data for Marvelâ€™s Ultimate Comics Spiderman #1. The launch of Pocket God #1 was a huge success, selling over 150 thousand units, and as far as Iâ€™m aware it has beaten out all individual Marvel titles in terms of digital copies sold. I canâ€™t help but suspect that we continue to be number 1 in individual digital comic sales, with over 325 thousand total downloads to date, but if Iâ€™m wrong Iâ€™ll gladly tip my hat to Marvel for a job well done!â€

via This Is What A 150,000 Selling Digital Comic Looks Like Bleeding Cool Comic Book, Movies and TV News and Rumors.