DRACULA, ROBIN HOOD AND JEKYLL & HYDE SET TO DO BATTLE 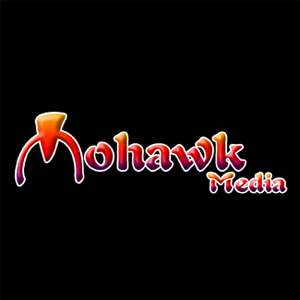 Dracula vs. Robin Hood vs. Jekyll & Hyde is written by Chris Bunting and illustrated by JL Czerniawski, who previously collaborated on the publisherâ€™s Mr. T graphic novels.

Bunting says: â€œIâ€™ve already written a few famous faces, but this is something extra special: bringing a number of world-famous characters together for the ultimate showdown.

â€œMy other goal was to redress the mistreatment these characters have so often received. Robin Hood isnâ€™t portrayed here as the gallant hero he obviously never was, and Dracula is closer in tone to the original than perhaps ever before.

â€œAs for Jekyll and Hyde, he was the main inspiration for the Hulk. Because of this, it never felt right that Hulk was always portrayed as bigger and strongerâ€¦ until now.

â€œItâ€™s a clash of genres as much as it is a clash of the characters who embody and represent those genres.â€

Editor Stuart Buckley adds: â€œIt feels right for a British writer to bring these British-born legends together through a British publisher. The charactersâ€™ quintessential â€˜Britishnessâ€™ wonâ€™t be lost in translation as it so often has been in the past.

â€œAs a result, we expect this series to have major global appeal. The first issue is ready to download worldwide now.

â€œLike many readers, we miss the days when a clash between the likes of Thing and Hulk generated far more interest than publicity stunts which seem to get in the way of solid storytelling, like â€˜killing offâ€™ the hero. We hope to bring that kind of excitement back.â€

Dracula vs. Robin Hood vs. Jekyll & Hyde will initially be a three issue series available monthly exclusively via the publisherâ€™s groundbreaking line of ECO COMICS, with further instalments of the series to be announced.

It is expected to usher in a â€œversusâ€ range of titles from the publisher.

Dracula vs. Robin Hood vs. Jekyll & Hyde #1 is a twenty-page issue, and is available to order now in various digital formats via the Eco Comics store:www.mohawkmedia.co.uk/ecocomicsÂ for $1.95 (approximately Â£1.20).