Another sale! This time in anticipation of the second series of the TV show!

CELEBRATE THE PREMIERE OF THE WALKING DEAD SEASON TWO

Volume 1 through Volume 14 & most recent issues all half-off 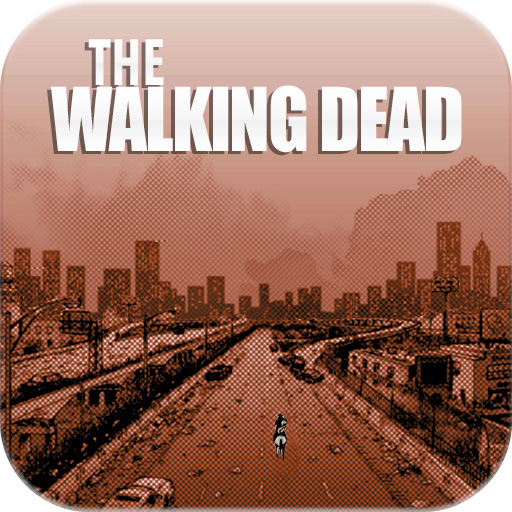 â€œThe Walking DeadÂ is now a bona fide television phenomenon and the Season Two premiere is a great way to discover the original source material for the show,â€ said David Steinberger, CEO of comiXology. â€œIf you have enjoyedÂ The Walking Dead, but never read the comic, this is a great opportunity.â€

The Walking DeadÂ Volume 1 through Volume 14, collecting the first 84 issues of the series will be half-off! While at the same time you can get caught up with the newest uncollected issues #85 through #89 for half-off as well.

Based on one of the most successful and popular comic books of all time, written by Robert Kirkman, AMCâ€™sÂ The Walking DeadÂ captures the ongoing human drama following a zombie apocalypse. The series follows a group of survivors, led by police officer Rick Grimes, who are traveling in search of a safe and secure home. However, instead of the zombies, it is the living who remain that truly become the walking dead.

Since 2007 comiXology has been developing the technological infrastructure to bring comics into the digital mainstream and expose new audiences to the rich history and culture of the industry. Through partnerships with top comic book publishers including Marvel Comics, DC Comics, IDW Publishing, Archaia Entertainment, BOOM! Studios, Dynamite Entertainment and Image Comics as well as their own mobile and web apps which hosts over 14,000 digital titles, comiXology has become a leader in digital comic book proliferation. Also focused on creating strong ties with retail stores through its technology solutions, comiXology continues to transform the previously fragmented comic ecosystem into a vibrant and cohesive marketplace.

SKYBOUND is an all-new imprint of Image Comics. The imprint will give a new generation of comic book creators the opportunity to publish their works as SKYBOUND Originals. With SKYBOUND, Image COO Robert Kirkman will handpick up-and-coming creators and maintain an active role in promoting and expanding the projects of this already growing talent pool. Artist and imprint alike will be fully vested in the development of their properties into new mediums (e.g. television, film) globally.