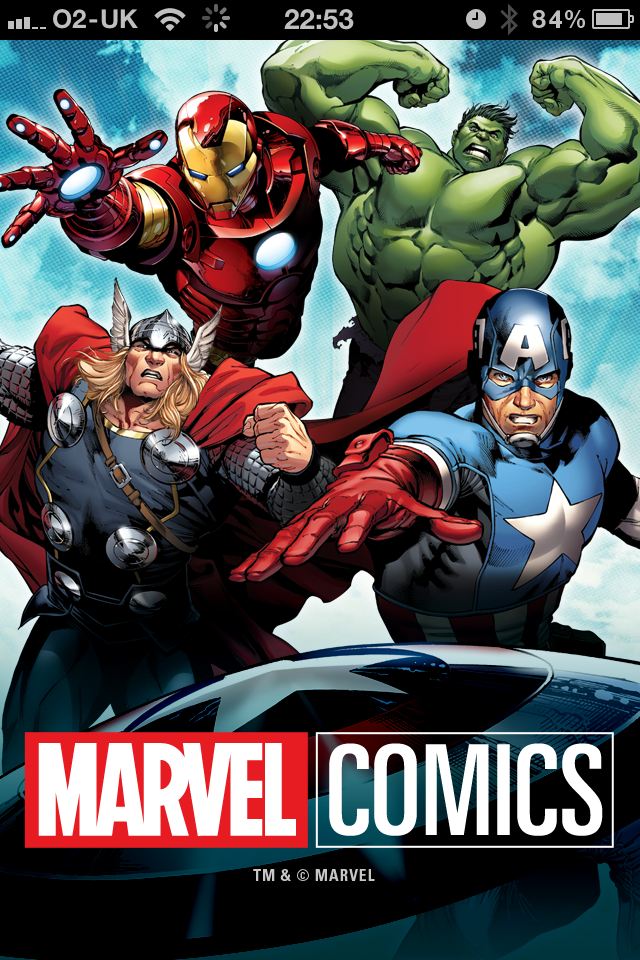 Marvel is taking its entire line of comics “day-and-date” digitally, meaning you’ll be able to download all of the company’s comics on the its mobile app just as soon as they’re available in physical stores. That polishes off one of the few downsides to digital comics: Having to wait for the latest and greatest.

The line-wide rollout will be finished by the end of March, 2012, and unlike DC’s 52-title relaunch, day-and-date will be coming to individual titles on a staggered basis, mostly to coincide with new story arcs. The move covers all of Marvel’s comics except third-party licensed worksâ€”like the Stephen King The Stand booksâ€”and its sex-and-violence-riddled MAX imprint.

Marvel’s been an early participant in the digital game for years, going back to its preposterous and wonderful multiple-CD-ROM box sets, which eventually led to the MDCU library. And it was actually the first company to take a whole line of comics day-and-date digitally with its Ultimate universe last year. Recently, though, Marvel had fallen behind the curve: DC announced back in May that its recent universe-wide reboot would be released day-and-date with print, and that its Vertigo imprint, along with Image comics, will soon follow suit. Meanwhile, you can find yourself waiting weeks, months even, for some of Marvel’s titles.

Once Marvel’s turnover goes final, it will mean that every “major” comic will be available digitally just as soon as they’re available at local comics shops. That’s a huge paradigm shift, even taking into account the generally non-disasterousâ€”even positiveâ€”results day-and-date digital comics have had on brick-and-mortars.

To offset taking away one of the few concrete advantages physical stores had, Marvel is also trying out a program where it includes a code with every physical copy of a comic that can be redeemed for a digital copy through Marvel’s mobile app. The initiative starts with Avenging Spider-Man 1, which hasn’t even been released yet, but Marvel says it’s such a popular idea among fans and retailers alike that they’ve already extended it through several more issues and are planning to add it to even more titles.

Hopefully digital traffic keeps driving people to their local comic shopsâ€”and so far, everyone we’ve talked to says that’s mostly been the case. But regardless, the last and probably most important of the major publishers taking the day-and-date dive is very welcome news. [Marvel]

via Exclusive: All Marvel Digital Comics Will Be Available Same Day as Print.