A good page, which made me smile about the Digital Wars! 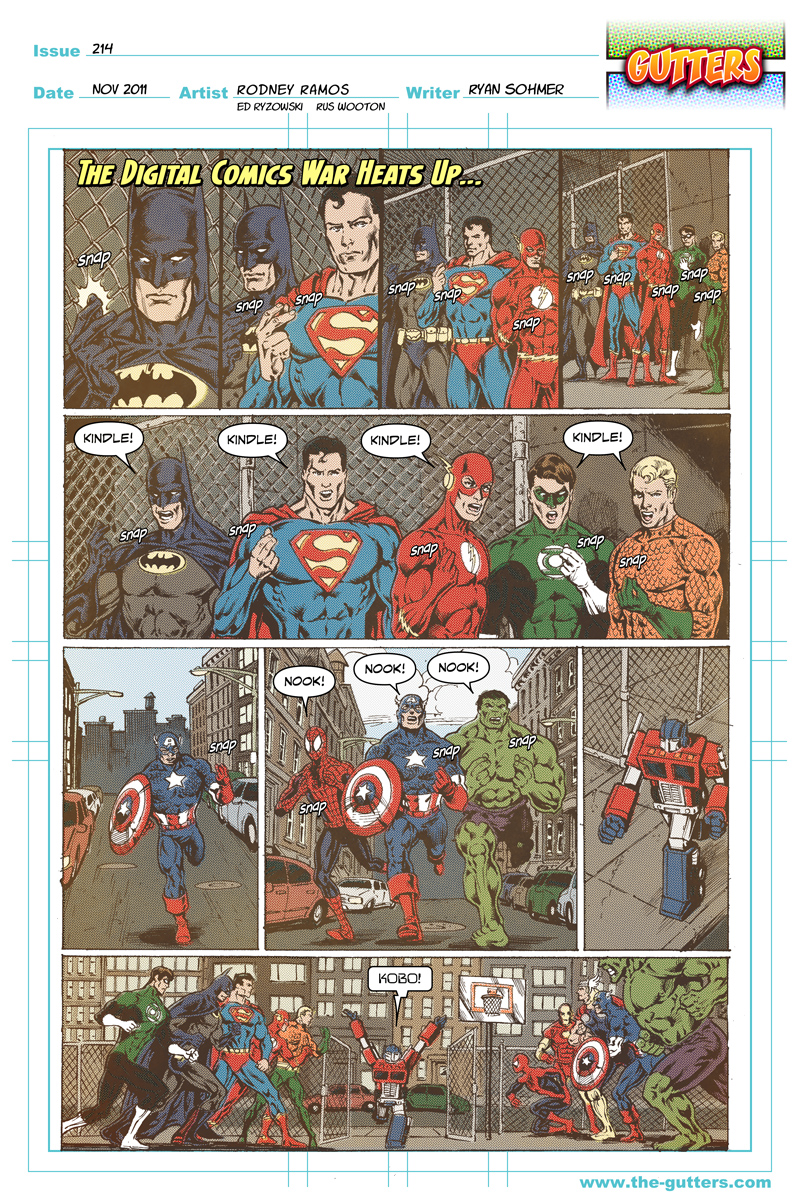 With a lot of shots in the Comics Wars being taken digitally these days, we now have the lines drawn on the very tablets you read them on. DC going exclusive on the Kindle Fire and Marvel siding with the Nook device.

While I understand the point of wanting your product to be at the forefront of the content involved in gadgets like this, I don’t think exclusivity is the way to go about it. Holding back your product only excludes people from buying it and I don’t know if that’s something that the comics industry really needs to do more of.

With the Digital Comics still very much in their early stages though, it’s always interesting to witness the evolution.

Today’s page came to us via the digitally-neutral Rodney Ramos:

Rodney Ramos has been a professional comic book artist for over 15 years. He has Penciled and inked work for Marvel, Dc Comics, Marvel UK, Valiant , Acclaim and various other companies. He has worked on such titles as Batman, Green Lantern, Wonder Woman, 52, Countdown, X-men, Spiderman, Iron Man and the Critically acclaimed Transmetropolitan. Currently he works for DC Comics inking on a variety of Titles such as JSA , Robin, Magog, Bang Tango and Hellblazer.

Have a good weekend folks and not to get all serious on you, but today is a day to remember all that has been sacrificed for us. Be sure and take a moment to do so and even better, do something positive for someone else.