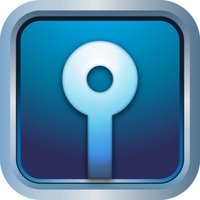 iVerse was a pioneer in the digital comics field, creating some of the earliest comic reader apps for the iPhone, but over the past two years, the other digital distributors — comiXology and Graphicly — have gotten a lot more press. That’s about to change. iVerse CEO Michael Murphey spoke with CBR News, outlining ambitious new plans for the months ahead, including a digital partnership with Diamond Comic Distributors that will allow retailers to sell digital comics on their websites and in their stores, a new subscription model for Archie Comics’ classic Red Circle superhero comics and an ad campaign designed to bring new readers to the comics medium. And beyond his plans for the company, Murphey revealed a surprising perspective on who is reading digital comics right now — not men with iPads, but kids with iPhones.

iVerse recently secured $4 million in outside funding, which Murphey said will go toward experimenting with new models and promoting comics in general, not just the iVerse brand and their signature comics app, Comics+. Comics are a natural next step for someone who is playing video games or watching an Avengers movie, Murphey reasons, and the job of digital is to bring the comics to this new audience.

Read the interview at: