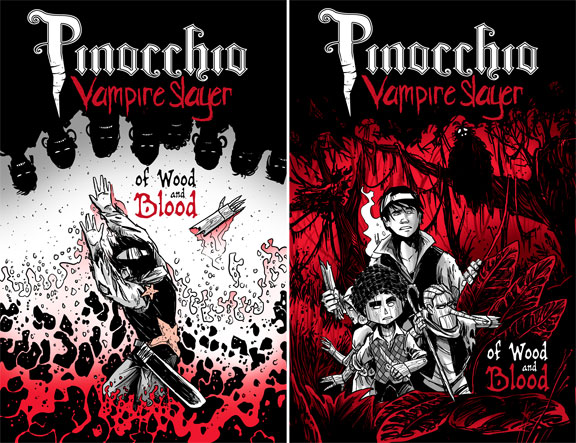 Pinocchio, Vampire Slayer: Of Wood and Blood will pick up right after the events of The Great Puppet Theatre and see a shipwrecked crew of one newly-real boy and his magical puppet allies shipwrecked on an island where their friend has been taken captive by the evil master of their world’s vampiric threat.

See the covers for Pinocchio Vampire Slayer: Of Wood and Blood #1 and 2 below.