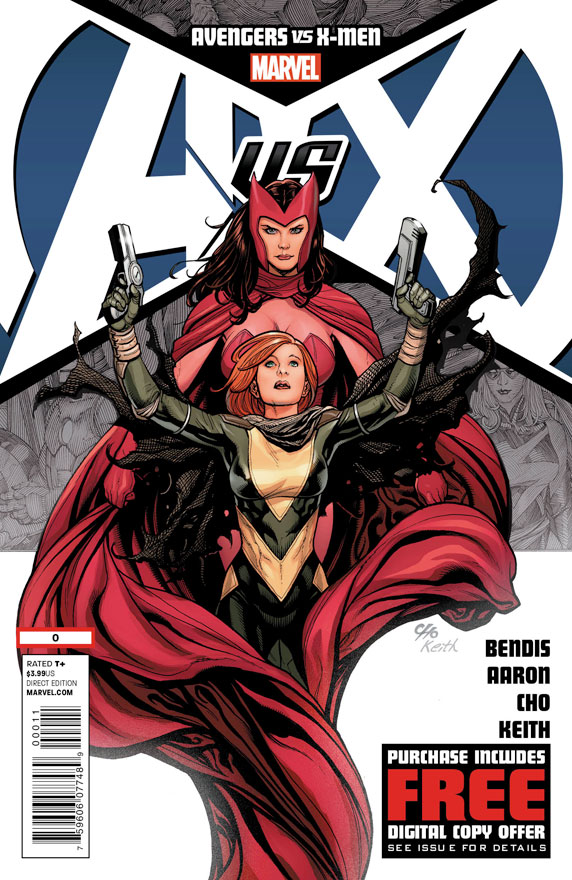 Earlier today, Marvel released the cover for Avengers vs. X-MenÂ #0, published in March, and confirmed a creative team of Brian Bendis, Jason Aaron and Frank Cho.

And that they will continue their policy of including digital download codes with $3.99 standard sized titlesâ€¦ but this time with a big splashy notice on the cover.