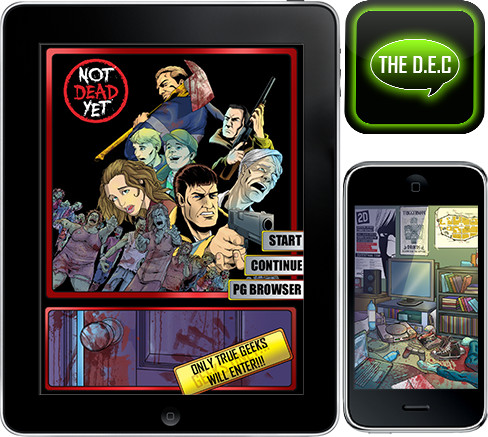 The countdown is now complete and Uproar Comics have released for iPad the D.E.C – Digital Experience Comics

The latest interactive motion comic platform the D.E.C has launched with its first title “Not Dead Yet”. This post acopalytic Zombie installment brings together 2d and 3d animation, audio, unlockable content and more to deliver a better user experience for digital comics.

Get it now and check it out on iTunes!