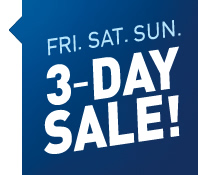 This weekend Dark Horse Comics has a selection of Star Wars digital comics on sale!