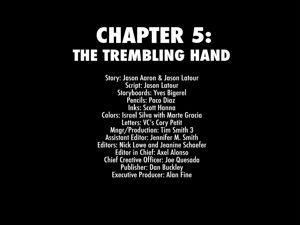 Chapter five kicks us of with a look at the Hand’s reaction to a battle with Wolverine – not the group (or appendage) but a surviving individual Ninja. He’s not impressed – not with Wolverine, or the Hand, but his heritage. The reaction is fun though.
This is a hand-centred issue, with Wolverine only being a cameo at the end – it’s good though, I’m finding myself more intrigued with this comic than I have been for Wolverine in general for a while – it’s not the writers fault, he’s just so over-exposed he’s lost his mystery.
This comic has revised that of sorts – not by expanding or adding new mystery to Wolverine, but to the surrounding cast – in this case The Hand.

I hope it continues! 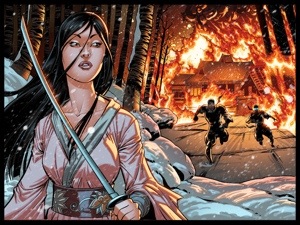