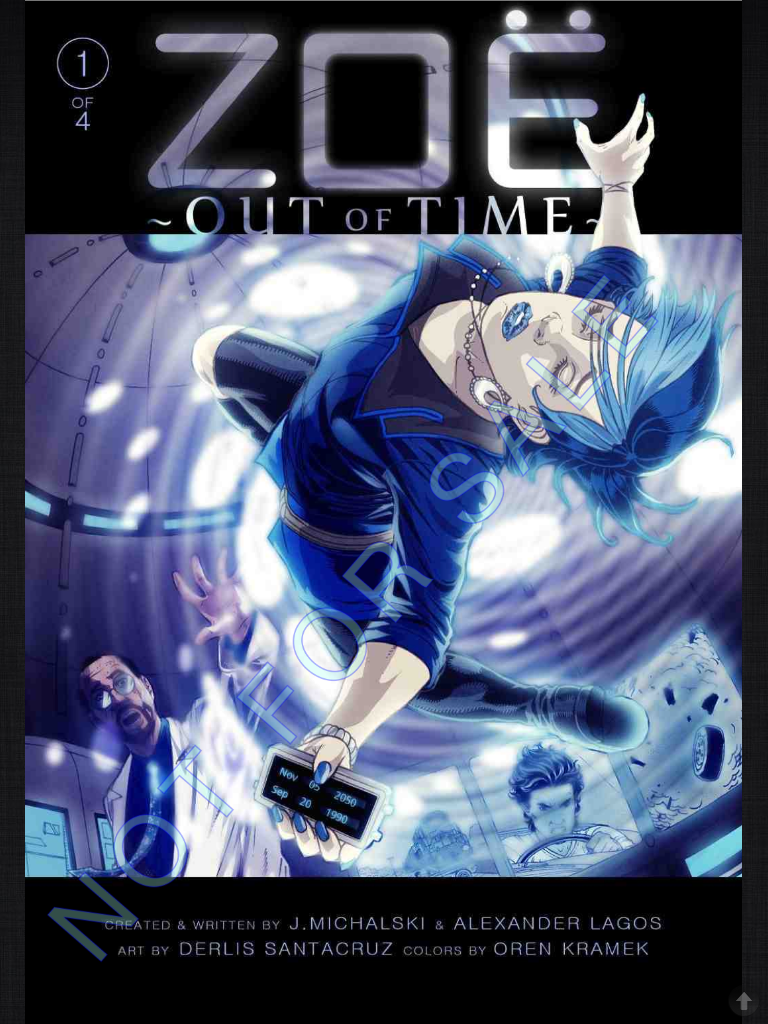 What happens when a time travel device falls into the hands of a rebellious, teenage girl? CHAOS!

It is the year 2050, and sixteen year old Zoë Black is obsessed with one thing: legendary lead singer of Rebel Lions, Trent Darrow, whose untimely death sixty years ago at the tender age of seventeen launched
him into the stratosphere of rock legend with the likes of Kurt Cobain, Jim Morrison, Janis Joplin and Jimi Hendrix.

To Zoë, Trent Darrow and the Rebel Lions are the center of her teenage universe- an escape from the loneliness and alienation of growing up as the only child of widowed physicist, Corbin Black, who is on the
brink of a major breakthrough in the study of time travel. A discovery that offers her the opportunity to make the most fantastic of dreams a reality.

And so, late one night, Zoë steals her father’s new prototype time travel device- the Kronos Traveller- sending her sixty years into the past to 1990- and into a gritty and dangerous world, much different from her own. But when she finally makes her way into Trent Darrow’s life, is he all that she imagined he would be? And what happens when she discovers that his death was no “accident”?

Will a young woman’s obsession to cross time interfere with a rock stars’ fate? Will he still die a legend, or will Zoë unknowingly alter his future… and her own?

Available on Comixology through the Comixology Submit and on Amazon this is a mini series that explores time, , music and more!

Combining the trials and tribulations of a band obsessed teenager, a single parent in the future – then adding time travel into the mix seems like a lot is going to get lost – but it doesn’t issue one gives us a lot of who, what’s and whys and does an excellent job of answering them. We’re in the future – a high tech ‘glowy’ version of our own – where all transactions are done via fingerprint. Zoe only has her dad – loosing her mother some time before – he’s a Doctor or inventor and has invented a time travel device. This is the point where you can see where it’s all going wrong. 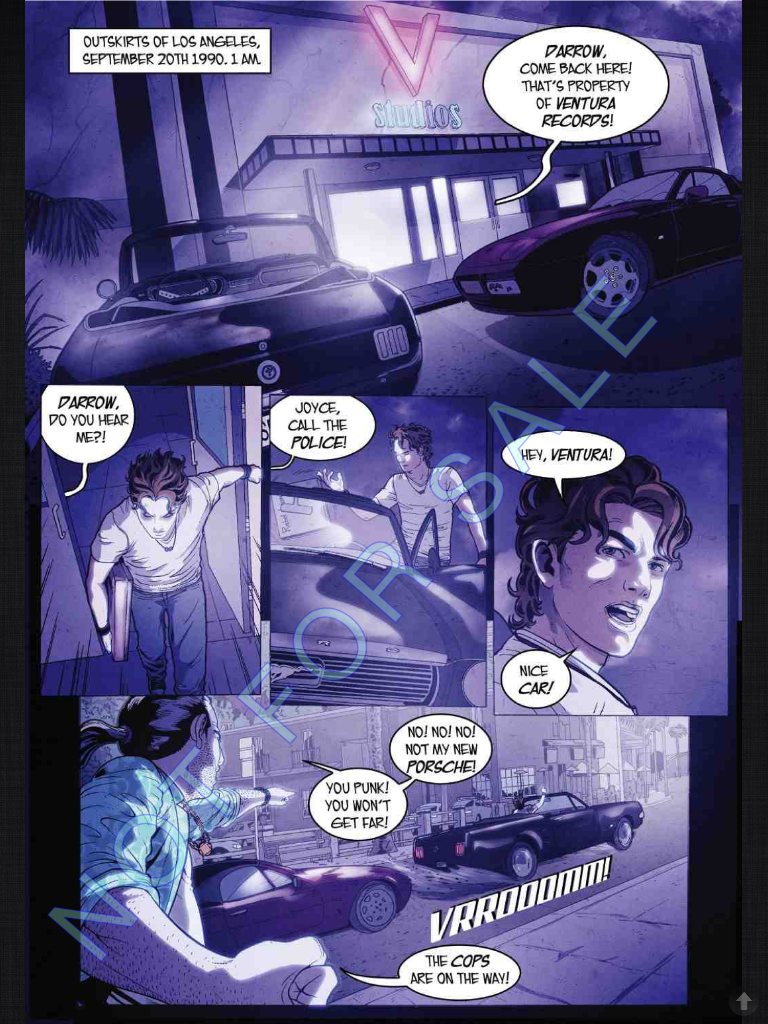 It’s an #1 and there is a lot to explain, but it’s all done in a well thought out way – the only mysteries are supposed to be mysteries and so are kept in reserve.

The art is highly enjoyable, with a lot of fine detail and a good look at the lighting and character expressions is very well done.

This sort of title is what Comixology submit is all about – some creators have a story to tell and to get it out there. If you’re looking for a mini series to read, go try this one!

J. Michalski (Creator/Writer) was born in Queens, New York. A fan of books, comics and movies, J. has been an aspiring writer since childhood. When not writing you can find him gracefully losing games of Eight-Ball in pool halls around New York City. Zoe: Out of Time is his first book. J. lives in Brooklyn, New York.

Alexander Lagos (Creator/Writer) was born in New Jersey and spent his childhood in Texas. As a young adult, he toured the country with his alternative-music group, FEEL. After leaving the band, Alexander returned to the east coast. He is the co-creator/co-writer of the award winning graphic novel series The Sons of Liberty. He lives in Brooklyn, New York.

Derlis Santacruz (Artist) has been working as a freelance artist in Argentina since 2009. He attended the Escuela de Artes Integrales ola. Some of his published works include: Grave Conditions from Haunted Computer Productions, Daimon from Editoriale Aurea and Vincent Price from Bluewater Productions. He currently works as an assistant to Andres Ponce on War Goddess from Avatar/Boundless comics.

Oren Kramek (Colorist) was born in Israel and grew up in both the United States and Tel-Aviv. He began creating hand drawn works in the 1990s but switched to solely digital media in 2006. He works as a freelance illustrator from his home and studio in Brooklyn, New York. Clients include, Random House Publishers, MTV, Comedy Central among others.