Some digital comic reviews of what I read this week! 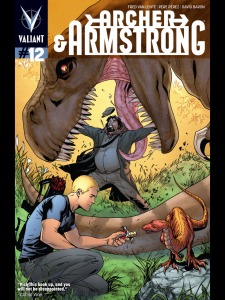 Archer & Armstrong #12 continues it’s strong run and makes it a highly enjoyable read in a competitive week. Combining space/time/aliens/dinosaurs/religion so well must be difficult, but it carries on well. I’m still enjoying General Redacted and would like to read a one-shot of just him 🙂 We get a return of a character mentioned in flashback and a look at Armstrong in a new light for a character! It may not end well, but next month we hopefully get Archer & Armstrong riding dinosaurs and fighting aliens (at the same time!) 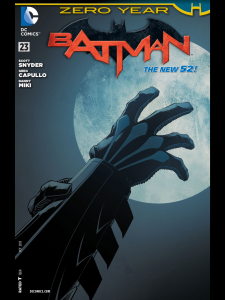 Batman #23 delves more into ‘Year Zero’ and gives us a new look at the “I shall become a Bat” moment in Batman lore. This issue deals well with the moments leading up to the pivotal moment – as well as the back up which perhaps leads to some of the inspiration. This was easier to follow than last weeks and a good read! 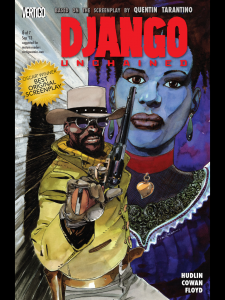 The penultimate issue of Django Unchained gives us explosions and death – taking Tarantino’s original script and putting it on page is a tough thing, but Vertigo have chosen the right one – I don’t think Pulp Fiction or Kill Bill would have worked. Slick and fast the art is perfect for this series, and will look good collected! 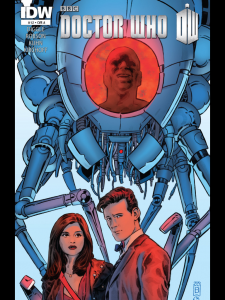 Doctor Who Vol III #12 is Andy Diggle’s final issue and the final issue in this arc – I’ve enjoyed his Doctor Who, and am sad to see him go. This issue gives us some of the Time War, and the Doctor’s response to it – it’s all wrapped up nicely and deals with the TARDIS in a good way! 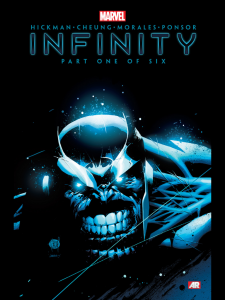 First off I was a little upset that Infinity #1 has the Infinity Infinite Comic with it digitally – as I had bought it seperatly! Other than that though, this is a a massive read, which probably requires a higher attention span that I have – go team squirrel – there is possibly more going on in this issue than what happened in Fear Itself! There’s a huge cast of characters, and they are all given a good footing in the story! And the cover is brilliant! 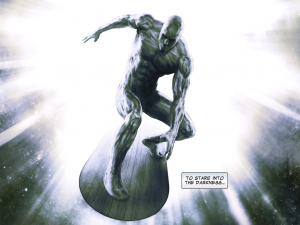 Infinity: Against the Tide was easier to read and took some advantages of the Infinite Canvas – although not enough – a reason for this may be the amazing painted style art, which would have been difficult to do subtly. The Silver Surfer is very well done here, and it’s mainly him, so it flows well as a single story! 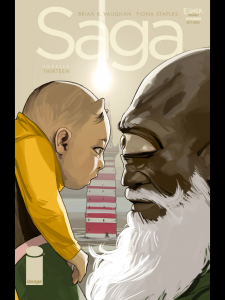 Saga #13 continues to be an enjoyment – combining the cast of characters and linking their fates. The introductions of new characters are well done and in entertaining ways. There are real voices here and none of it feels forced. Must. Have. More! 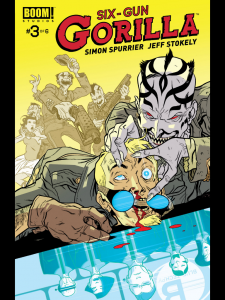 Six-Gun Gorilla #3 continues its look at a world between a future society and a bleak western-style world. There are so many fun concepts here and some new ones being introduced! This could run for more than 6 issues! The art styles change well between the worlds, and there are some excellent scenes here! Si Spurrier is a very busy man! 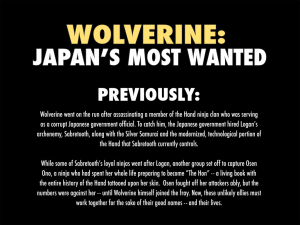 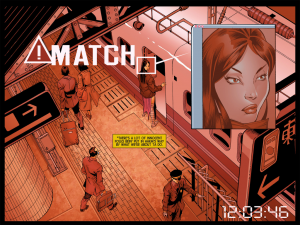 In Wolverine: Japan’s Most Wanted Chapter Six we get one of the best uses of the infinite canvas from Marvel – since probably the Nova AvX issue! Wolverine fights on the Bullet Train in Japan – sounds familiar?! – it’s well done and gives us a break from some of the intrigue of the previous issues! 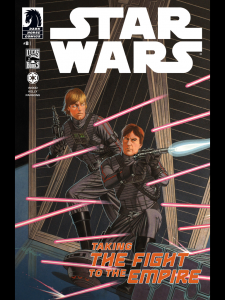 Finally Star Wars #8 combines a well written story with all the main players – Wedge & Luke, Leia and Han & Chewie. Each have their missions and each deal with them well. The mix between the stories is excellent, and I look forward to seeing them all come together again!