80 digital comics from DC Comics are on sale for the next week! 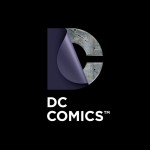 To celebrate DC Comics event Forever Evil, DC Comics have released a raft of comics on sale to match the theme!