In today’s Marvel Monday sale you can get digital comics of Marvel’s Hercules for $0.99 each.

Get all 25 issues in Greg Pak and Fred Van Lente’s run for 99¢ each!
Today only, get every comic in Pak and Van Lente’s series for 99¢ each, and see the legendary demigod team up with the genius Amadeus Cho for absolutely hilarious and thrilling adventures! 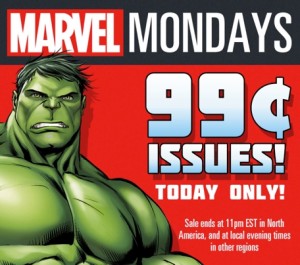