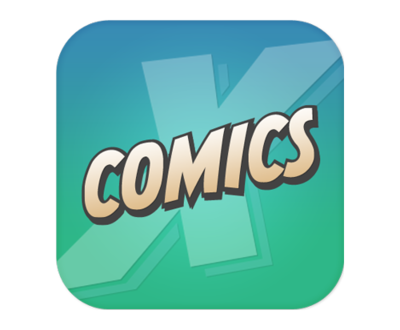 In addition to these French language additions, fans of comiXology around the globe can now create Wish Lists in app, a much requested feature that was previously only available on the comixology.com. The 3.5 upgrade also see the debut of Manga Fixed Format – comiXology’s dedicated right-to-left full-page manga reading experience available on certain titles.

“We’re excited to have a complete French comiXology experience – from translated user experience to full BD merchandising – for comics and BD fans in Franco-Belgian countries,” said comiXology co-founder & CEO David Steinberger. “It’s a testament to the teams in Paris and New  York that we’ve become the best Bande Dessinée and comics shopping and reading experience  just one year after our initial announcement.”

The full feature list for the 3.5 upgrade for Android/Kindle Fire and iOS are:

ComiXology’s capped off 2013 by charting as iTunes’ #1 Top Grossing non-game iPad App for 2013 in the U.S., and the Top-Grossing iPad Book App for 2013 in France, Belgium, Germany, Spain and the UK!

At last year’s Festival de la Bande Dessinée d’Angoulême, comiXology first announced it’s intention to enter the French market by announcing the opening of Paris-based comiXology Europe, the company’s first overseas subsidiary, which is spearheading international language content acquisition across Europe. French language navigation, a precursor to full French localization, was added to comiXology’s iOS and Android apps in 2013. The Franco-Belgian market is home to a ravenous base of comic book fans, which account for a $700 million annual market – roughly on par with the U.S. market.

This is comiXology’s second appearance at the Festival de la Bande Dessinée d’Angoulême. Now in its 41st year, the festival is considered the premier comics show in Europe with over 200,000 attendees every year and playing host to creators, cartoonists, publishers, and fans from around the world.

With over 45,000 comics and graphic novels from more than 75 publishers, comiXology offers the widest selection of digital comics in the world. ComiXology’s immense catalog and unique Guided View reading experience is available across the iPhone,iPad, Android, Kindle Fire, Windows 8, and www.comixology.com– making it the best digital platform for comic and graphic novel fans worldwide.

About comiXology
ComiXology has revolutionized the comic book and graphic novel industry by delivering a cloud-based digital comics platform that makes discovering, buying, and reading comics more fun than ever before. ComiXology’s Guided View™ reading technology transforms the comic book medium into an immersive and cinematic experience, helping comiXology become one of iTunes top grossing iPad apps in 2011, 2012 and 2013. Offering the broadest library of comic book content from the top 75 publishers, and including independent creators as well, comiXology will not stop until everyone on the face of the planet has become a comic book fan. A privately held company, comiXology is based in New York City, with offices in Los Angeles and Paris. For more information, visit www.comixology.com.