Some #1’s from IDW Publishing this week in their latest digital comic offerings! 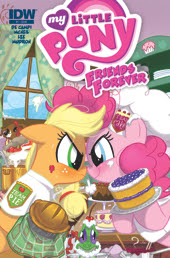 Our brand-new Pony series starts with a bang as our two favorite culinary champions, Applejack and Pinkie Pie, battle each other in a bake-off! Creators Alex De Campi and Carla Speed McNeil bring a brand-new voice to My Little Pony and the results are not to be missed! 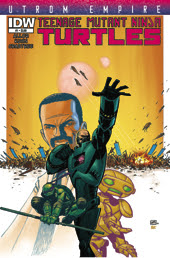 Who doesn’t want more Krang in their life? This new series not only explores the plots and counter-plots between Krang, Baxter Stockman, and Fugitoid, it also details the history of the alien Utrom race… a history which will have grave consequences for the future of the Turtles! Intrigue is in the air with this new miniseries from Paul Allor and Andy Kuhn! 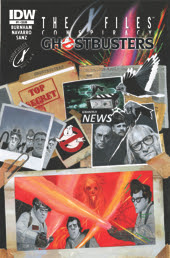 The Conspiracy continues! The Lone Gunmen investigate their first lead, the Ghostbusters. Are they frauds and charlatans, bilking unwitting clients out of money? Or do they have special insight into the afterlife? And how are they connected to the plague that’s poised to wipe out humanity? It’s a paranormal geek’s dream when The X-Files meets the Ghostbusters as written by Erik Burnham, writer for IDW’s smash-hit Ghostbusters ongoing series, and illustrated by Salvador Navarro.

Digital Comics Out This Week:

Out this week from Rebellion is the latest collection of Sláine – with an amazing story and art from the pages of 2000 AD. CREATIVE TEAM: Pat Mills (w) Leonardo Manco, Chris Weston, Kyle Hotz (a) Annie […]

This penultimate issue of this brilliant series is here, this is Teenage Mutant Ninja Turtles: The Last Ronin #4 from IDW Publishing. With a few key allies, the Ronin takes on the greatest risk yet […]