IDW Publishing have released this weeks digital comics available online on iOS and Android. The spotlights this weeks are on The X-Files: Conspiracy: TMNT & Jericho: Season 4 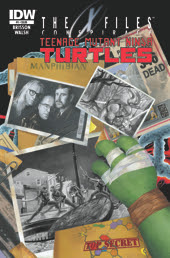 The X-Files specializes in the weird, and not much is weirder than the Ninja Turtles! The Lone Gunmen are on the hunt for our favorite shelled brothers, and the fate of the world depends on it! From the talented team of Ed Brisson, Michael Walsh, and Jordie Bellaire comes a one-shot story that’s perfect for fans of Teenage Mutant Ninja Turtles and The X-Files alike! 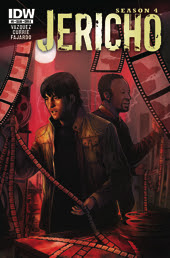 The long-awaited grand finale of Jericho: Season Four is finally here, and when it’s all said and done, nothing will be the same! Everything hangs in the balance as Jake Green and Robert Hawkins are faced with a terrible choice, one that could change everything for the residents of Jericho and the Allied States of America! Don’t miss the stunning conclusion of Jericho, brought to you by the writing staff of the acclaimed series!