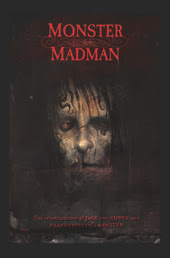 Steve Niles and his latest artistic wunderkind, Damien Worm, are ready to unleash a most horrific pairing, Frankenstein’s monster and Jack the Ripper, in a series dripping with mood and terror from two guys who know how to provide just that.

From Vault Comics is the final issue of this series. This is Human Remains #8 Will God save the day? The Reverend Hays’ incautious open-air prayer gathering attracts a wide audience–some seeking redemption, some death, […]

From Zenescope Entertainment is a new story, building on two characters. This is Robyn Hood: Hearts Of Darkness. Reichhardt Fuchs has dedicated his life to hunting monsters. The Master of the Hunt will kill any […]