I’m glad to see that Panel Syndicate – the people behind The Private Eye series – have a new series out!

Panel Syndicate is honored to announce our second new series, UNIVERSE!, from the fearless mind of award-wining writer/artist Albert Monteys. Readers in Spain are already very familiar with Albert’s brilliant and hilarious work in the satirical EL JUEVES, where he served as director and contributor until bravely stepping down after the magazine’s owners refused to publish a cover about the King of Spain. We’re very proud to help introduce Albert to the rest of the world with his best work yet, an ongoing series of self-contained (but cleverly connected) sci-fi stories. Like all pay-what-you-want comics hosted by Panel Syndicate, 100% of any and all profits go directly to the creator, so we hope you’ll donate with confidence and help fund the next installment of a comic that’s completely unlike anything being published anywhere else in the universe.

“When Wortham Industries mild-mannered employee, Thomas Marrot is called in to Mr.Wortham’s office (dead since 3012), little does he know he’s about to experience the adventure of a lifetime… literally! Get ready for THE PAST IS NOW!”

Issue 1 is now available for immediate download at panelsyndicate.com where you can also find all issues of Brian K.Vaughan and Marcos Martin series “THE PRIVATE EYE”.

Thank you for your support! 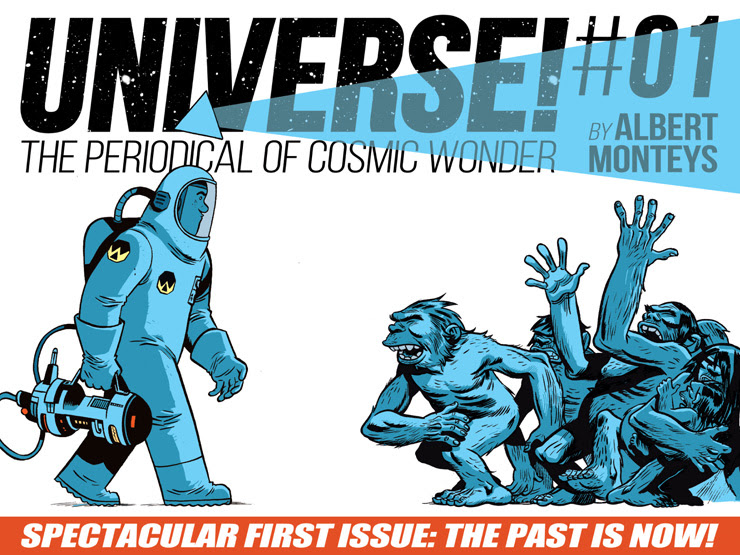