Another addition to comiXology Unlimited, this should encourage more too sign up. Hopefully we’ll get it in the UK soon!

ComiXology Unlimited is just $5.99 a month with a 30-day free trial for new members 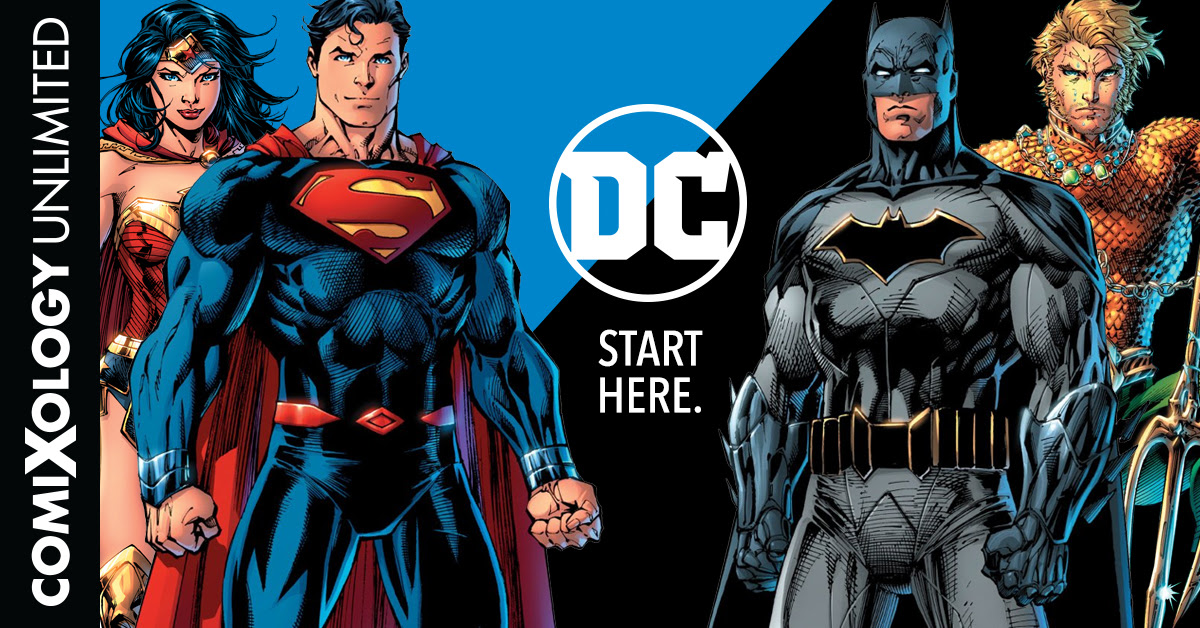 With the addition of thousands of select DC single issues, collections and graphic novels – including exclusive fan-favorites from the DC Vertigo imprint – comiXology Unlimited remains $5.99 a month with a 30-day free trial for new members. Kindle Unlimited members will also enjoy a selection of single issues, collections and graphic novels, while subscribers of Prime Reading will have access to a curated and rotating list of highly regarded DC and DC Vertigo graphic novels, for no additional cost. This expansion across the three services provides the perfect entry points for those new to DC and DC Vertigo.

“We are thrilled to now include an incredible selection of DC’s vast library of Super Heroes and DC Vertigo titles as part of comiXology Unlimited, Kindle Unlimited, and Prime Reading, bringing an even bigger benefit to all our subscription members” said comiXology CEO and Co-Founder David Steinberger. “With the addition of DC and DC Vertigo titles we’re providing more convenience and a great opportunity for readers to discover and explore some of the best stories comics have to offer at no additional cost to their current Prime, Kindle Unlimited or comiXology Unlimited subscription.”

“DC is constantly looking at ways of growing the audience for comics and graphic novels, so teaming up with comiXology Unlimited, Kindle Unlimited and Prime Reading is a natural fit,” said John Cunningham, Senior Vice President of Sales & Trade Marketing. “From Aquaman to Sandman, there’s so much for DC readers, old and new, to love here.”

Today, comiXology Unlimited and Kindle Unlimited members see the addition of many bestselling DC Comics and Vertigo titles, including a selection of single issues, collections, and graphic novels available to read from the following series:

Fans across the globe have been attracted to DC’s amazing characters through top-grossing movies, critically-acclaimed TV series, and ground breaking new publishing series that have driven titles like The Flash, Arrow, Batwoman, and Hellblazer to new heights, alongside perennial favorites like Batman, Superman, Wonder Woman, and more. The expanded availability of DC’s content announced today between DC, comiXology, and Amazon builds upon DC’s digital comic book partnership on comiXology and Kindle.

About comiXology
ComiXology, an Amazon.com, Inc. subsidiary (NASDAQ:AMZN), is a revolutionary, cloud-based digital comics platform. With content from over 125 publishers as well as thousands of independent creators from around the world, comiXology provides an unrivaled library of comic books, graphic novels, manga and bandes dessinées. The company’s first in class innovations include the exclusive Guided View technology which provides an immersive and cinematic reading experience and a new monthly subscription service. ComiXology is based in New York City, with operations in Seattle, Los Angeles and Paris. For more information visit comixology.com and follow the company on Twitter, Facebookand Tumblr.

DC, home to iconic brands DC (Superman, Batman, Green Lantern, Wonder Woman, The Flash), DC Vertigo (Sandman, Fables) and MAD, is the creative division charged with strategically integrating its content across Warner Bros. Entertainment and WarnerMedia. DC works in concert with many key Warner Bros. divisions to unleash its stories and characters across all media, including but not limited to film, television, consumer products, home entertainment and interactive games. Publishing thousands of comic books, graphic novels and magazines each year, DC is one of the largest English-language publisher of comics in the world

From Rebellion this week is a different view of Mega City One in this excellent story. Experience the iconic city of Mega-City One as never before, in this visionary comic from Kenneth Niemand (Judge Dredd) […]

From Zenescope Entertainment is a new series this week – Rise of the Djinn #1. Things couldn’t be worse for Tamara Brazile.  A highly decorated and venerable police detective with almost fifteen years of experience […]