Celebrate Frightober with New Horror Comics Debuting from comiXology Originals out on the build up to Halloween check out the details below!

Celebrate the Season for Horror Comics with comiXology Originals’ Frightober Releases
Just in Time for Halloween:

October 17, 2019 – New York, NY – ComiXology, Amazon’s premier digital comics service, announces three new creator-owned comiXology Originals to be released this October, just in time for Halloween. On October 23rd, comes the original graphic novel Dracula: Son of the Dragon written by Mark Sable with art by Salgood Sam. ComiXology and Archie Comics collide to bring readers Josie and the Pussycats in Space #1 written by Alex de Campi with art by Devaki Neogi. On October 30th,comes Tremor Dose, an original graphic novel written by Michael Conrad with art by Noah Bailey. And, announced earlier this year at San Diego Comic-Con, AFTERLIFT #1 written by Chip Zdarsky with art by Jason Loo debuts on October 30th. Each new comiXology Originals title will be available to read at no additional cost for Amazon Prime, Kindle Unlimited, and comiXology Unlimited members and available for purchase on Kindle and comiXology.

“October is more than just a time for pumpkin spice everything, it’s a time for reading great horror comics,” says Chip Mosher, comiXology’s Head of Content, who oversees the comiXology Originals program. “October’s debuts are wickedly entertaining and more than a little frightening. There’s the terrifying origin story of the world’s most famous vampire in Dracula: Son of the Dragon, the unexpected locked-door sci-fi mystery of Josie and the Pussycats in Space, a the wildly weird and disturbing psychological thriller about dreams and reality in Tremor Dose. And, of course, the shocking urban supernatural adventure announced at SDCC about a ride-share to a very final destination in AFTERLIFT.”

Get chills on Wednesday, October 23, 2019 with these selections:

Sleep with the lights on Wednesday, October 30, 2019 with these selections: 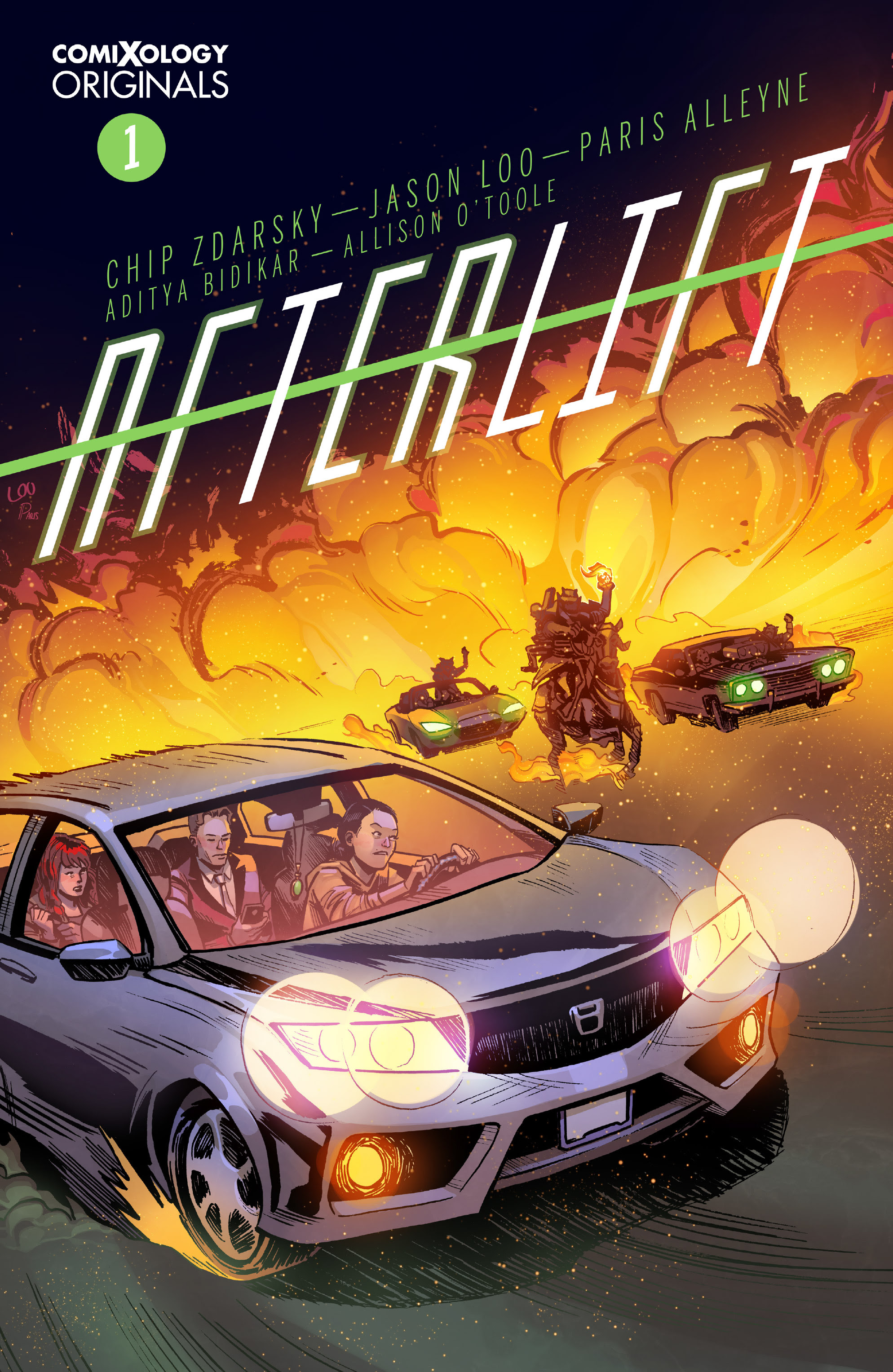 Part of the comiXology Originals line of exclusive content, these newly announced titles will be available upon release, at no additional cost, for members of Amazon Prime, Kindle Unlimited, and comiXology Unlimited, and for purchase on Kindle and comiXology. Prime Reading offers all Amazon Prime members a rotating selection of over a thousand top Kindle books, magazines, short works, comic books, children’s books, and more – all at no additional cost. Kindle Unlimited offers over 1 million titles, thousands of audiobooks, and select current issues of popular magazines for just $9.99 a month with a 30-day free trial at amazon.com/kindleunlimited. ComiXology Unlimited now offers over 25,000 comics, graphic novels and manga for just $5.99 a month with a 30-day free trial atcomixology.com/unlimited.

From Zenescope Entertainment this week is a special issue – Grimm Spotlight: Hellchild. Half-goddess, half-vampire, Angelica Blackstone is one of the most powerful women in the Grimm Universe. Living in Los Angeles as a muscle-for-hire […]