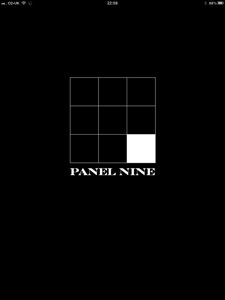 Tonight, I was lucky enough to attend a special preview event for Panel Nine’s new app. Hosted at St Martin’s College as part of the Comica event, we got a look at the new storefront app from Panel Nine for graphic novels. 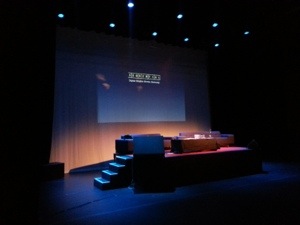 Russel Willis, the brains behind Panel Nine introduced the app with some information on what we can expect from the app.
Panel Nine have already released some excellent stand alone graphic novel apps – Kickback, Dapper John, Hunt Emerson and more. They are also behind the Infinity and Phoenix newsstand apps for the iPad.
The storefront app – Sequential – bring together all that you get from the standalone app and add some. 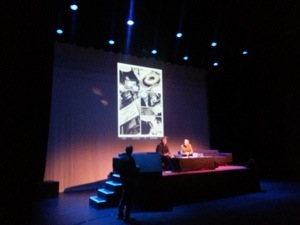 The app includes all the excellent bells and whistles that you would expect from Panel Nine – a contents page, creators commentary, interviews and more. But then from that within the storefront you also get some extras – reviews and recommendations from people like Neil Gaiman, best sellers and more. 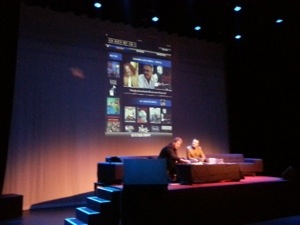 As for what to expect – or not to expect from content – don’t expect any Superhero comics from Panel Nine. This isn’t what this app is all about, Marvel & DC have those, this is for more literary titles – the closest you can expect is From Hell by Alan Moore.
There’s also some brilliant partnerships Panel Nine have lined up for the app – publishers who make graphic novels for the more literary world. So expect similar titles to Dapper John, Verity Fair and more on the app. 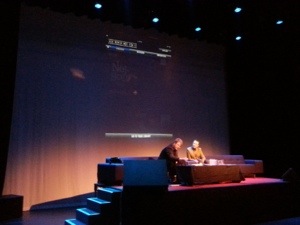 The app also experiments with the infinite canvas feel with a special graphic novel with the app. Some also are in landscape mode, which is becoming more prevalent in iPad comics.
It’s not all about the iPad – Panel Nine are also planning an Android app for November sometime.
On another note, there are also thoughts on a children’s Sequential app down the line!
The app will be available next week, so keep an eye on the 3 Million Years Facebook Page and my Twitter account for the link.

Many thanks to Russell and Panel Nine for the invite and the free drink.