Box 13 continues in a rapid pace. This issue consists of a high octaine chase through a train.
David Gallaher continues to write an old school thriller. In which we don’t know where we are going and who to trust.
We seem to be, by the end of this issue, gaining a slight understanding of the boxes – but only a little.
This issue moves faster and leaves us with a suitably frustrating cliffhanger!
This is a must read weekly comic, available as a free download on the free comixology app. 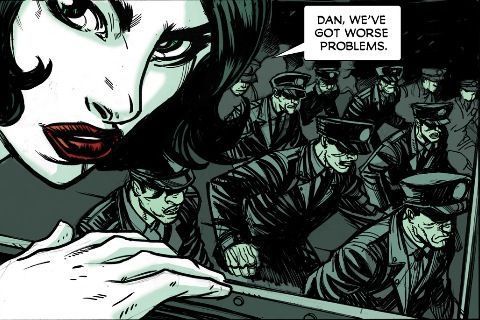