So here’s the deal:

You are an artist/designer. You have to put together the cover for the first issue of a weekly science-fiction anthology comic called 2000AD.

You don’t know much about what’s in it. You’ve been given the following pieces of information to include on the cover somehow:

Without the “”, obviously. Your choice as to how you use these — whether you relegate them all to text at the bottom, or choose one to illustrate, or whatever.

The cover must include a logo and the numbering, which you’ve been told is not the usual “issue one,” but “Programme 1.”

It’s up to you what kind of company you’re at. What kind of comics you make. What era you’re in. Who you are, even. Go nuts with it.

(Obviously, there was a time when 2000 AD was The Future. So, you tell me. Is this a retro-sf comic? Or are you in the late 19th century and publishing it on punch cards? Is it the Seventies and are you Roger Dean? Or Jamie Reid?)

It sort of mirrors the truth of 2000AD Prog 1, which was that it didn’t strictly speaking have a cover illustration, as a massive frisbee was mounted on the front cover as a free gift.

You have one week. Go. 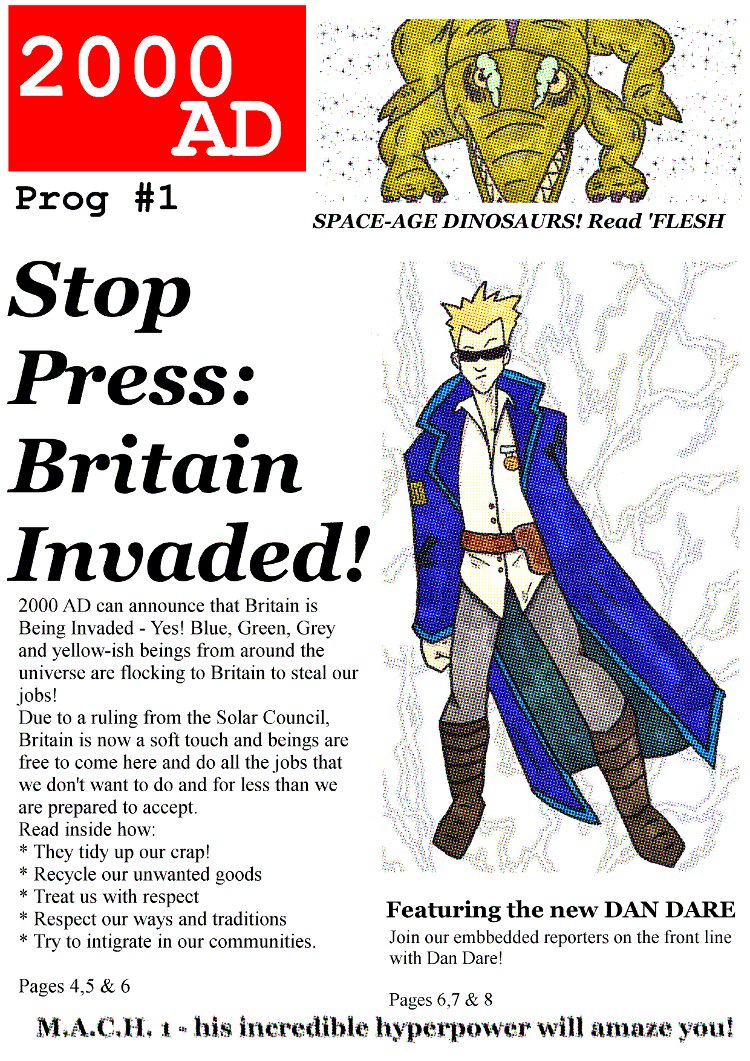