A couple of days ago, I posted some information about the Digital Economy Bill. Along with that post, I also sent a letter to my local MP.
My local MP is Chris Grayling, who is a member of the Conservative Party and in with a very good shout of getting in next election. I live in a Conservative ‘safe’ area!

Chris Grayling is also the Shadow Home Secretary – so he’s pretty high up in the party hierarchy.
I have to admit I’m quite impressed in his response time: 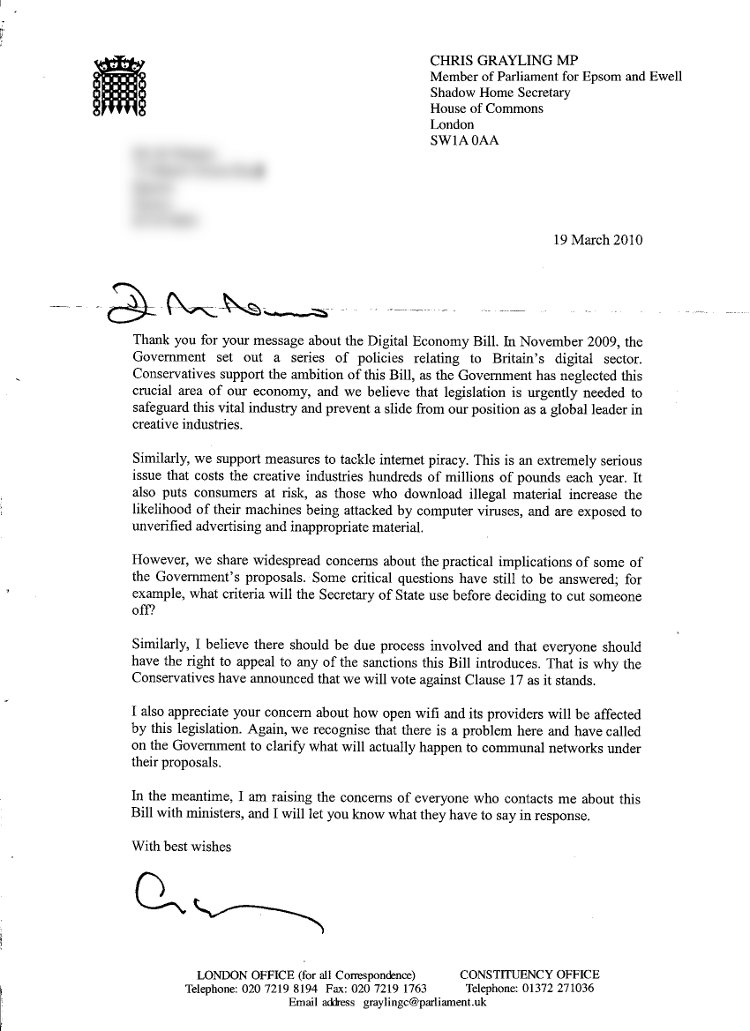