Ghostbusters is produced by IDW Publishing and is available on the iVerse and IDW apps, as well as individual comic apps available from IDW and uClick.

‘The Other Side’ is available in 4 parts as 4 seperate apps. The first is a free download while the other 3 are available for 58p.
Available as 2 seperate 1 off apps are ‘Tainted Love’ and The Holiday Special – they are both available for Â£1.19.
Both if the above are also available from both the IDW and iVerse comic reader apps. Also available from the IDW and iVerse apps are the mini series ‘Displaced Aggresion’ the individual issues of this series are available for Â£1.19 each – it’s a good series and a fun read.
Overall The Ghostbusters comics are a worthy successor to the movie franchise and I will continue to be mystified to why they don’t have their own ongoing! 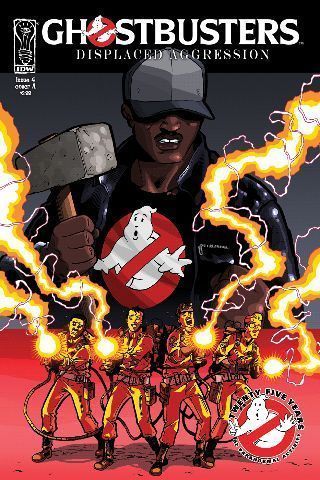