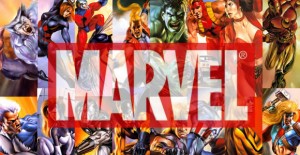 Bleeding Cool is reporting that digital comics distributor Graphic.Ly are planning on teaming up with Marvel to bring desktop downloads to us all.

I understand that later today, Graphic.ly and Marvel Entertainment will be joint announcing that Graphic.ly will be the first desktop and Web application to offer the full Marvel comics library to its users.

Graphic.ly is an existing platform that grew from Take Comics, winner of a North East English venture capitalist business competition. It attempts to replicates the community aspect of comic book reading by embedding social networking function in the process.

But more importantly, it allows desktop downloading of comic files once purchased, so that users donâ€™t need to be online to read their purchases. And allows purchases to be transferrer from device to device.

Graphic.ly have a current desktop app and an iPhone app, and seem to be very honest in the direction they are going in. Unlike Longbox, who promised the earth, and have so far produced nothing, Grpahic.Ly can be described as a ‘work in progress’. For example, the iPhone app isn’t too bad, but is still buggy and doesn’t have the library behind it like Comixology or Comics+ do.
Currently, the only place you can read Marvel comics digitally is on the Marvel.com website. Even Comixology’s online reading doesn’t allow you to read Marvel (all the others, including DC, you can though) online. If you want to read comics offline, you would have to go the illegal torrent route!
This is possible a big step forward for Grpahic.Ly as they would have the Marvel market to themselves – the mobile comics market is getting hard enough with the gains that Comixology have made!