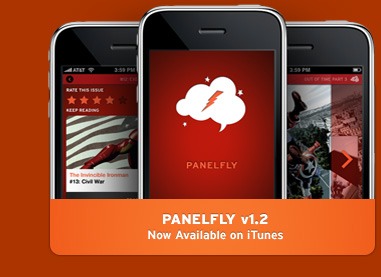 You can now read Misery City #1 and Frankenstein Paranormal PI #1 on your iPhone!

If only it was available in the UK I could tell you more about it!