From the Atomic Robo series ‘Other Strangeness’ This is the comic which explains why Robo hates Dr Dinosaur! 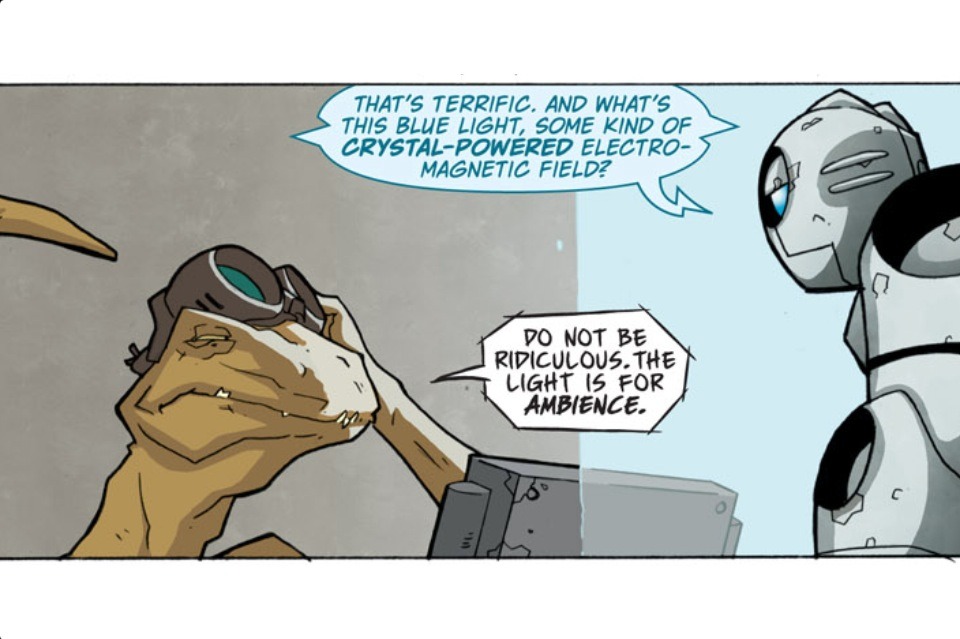