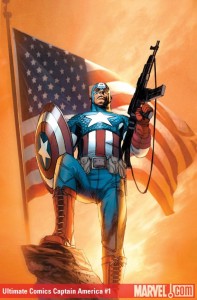 The upcoming $3.99 four issueÂ Ultimate Comics Captain America, will be made available digitally on the Marvel App the day the comic ships in print in the USA and the day before it ships in the UK (just for the first issue, the UK catches up with the US in 2011)

Hopefully, we won’t see the same problems we had with Ultimate Comics: Thor #2!