Image Comics have released an update for their comics app – mainly for the iPad: 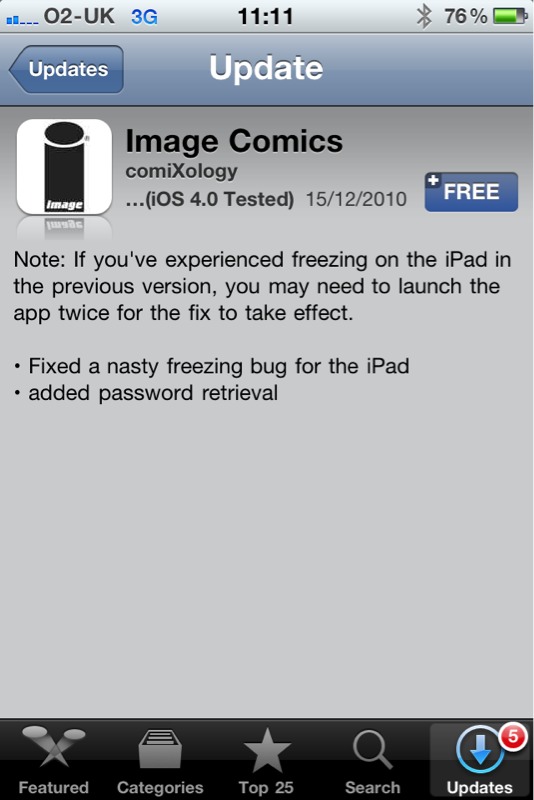 But since downloading the update I keep getting crashed out of the app. This is on my iPhone 4 running OS4 so hopefully this will be sorted soon!