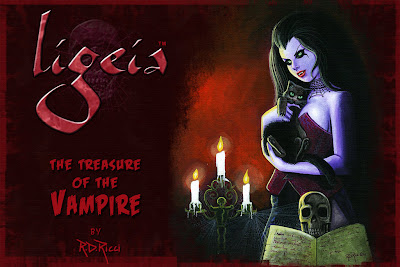 Ligiea the Vampire creatorÂ Rodrigo Diaz Ricci was born in Valparaiso, Chile. A graphic designer who worked in cartoons in Chile, he moved to Europe and saw his work published by several Publishing House in Italy and Greece. He now works freelance for digital publishing houses in the United States and Europe.

His first Ligeia the Vampire storyÂ is now available as a ROK Comics app.

ROK Comics: Where and when did you get your first comics break?

Rodrigo Diaz Ricci: Well, my first really comic break wasÂ Ligeia for ROK Comics when I first published it for mobile, three years ago now. This character has opened several doors in my life. 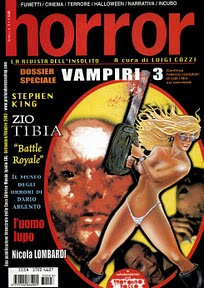 Rodrigo: Different places: I did some cover illustrations for the supplementÂ Nine on the Elefterothypia newspaper in Greece, and a collaboration for Mondo Ignoto, a publishing house owned by Dario Argento in Rome.Reborn is a science fiction graphic novel that’s been published on iPhone by Arrow Publications in the United States and other different Digital Publishing Houses.

ROK Comics: How did you discover Rok Comics?

Rodrigo: Three years ago, I started publishingReborn as a webcomics via Drunk Duck. I have a very good reception and a writer, David A J Berner [publisher of Broken Voice Comics] wrote a positive comment about it. I visited his web site and found the ROK Comics link and searched in my files for an idea that might work on mobile. I found my old comic strip Ligeia,Â  buried in the hard disk in the section “Possible Projects” –Â  and the rest is story. 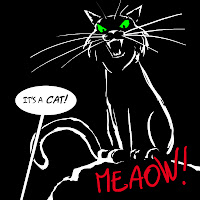 Rodrigo: Digital Comics is a new experience for me, which has helped me bring my characters to a different public. It’s a great opportunity for a new author, who can’t easily break into the traditional media.

I would like to seeÂ Ligeia on paper at some point, I like the comics in paper — but I think that digital and print can live together and complement each other.

Rodrigo: I think the formula is to publish digitally and afterwards, if the idea is good, put out a print edition. I think there are a lot of people who are happy to read a comic on a screen, but, equally, they’d like a print copy of it too. I think this model of business is a great oportunity for the industry. 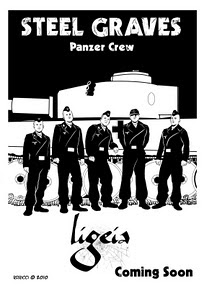 I have a project for paper, a story featuring the Danube Bears, a mercenary group who feature inÂ Ligeia: Treasure of the Vampire. It’s a straight action adventure story [in the style of Brtish comics likeÂ Battle orÂ Commando], set on the Eastern Front during World War Two, which I hope to publish in the future.

Rodrigo: I have somany reference websites.In English I read Down the Tubes and sometimes Newsarama, but I read websites from Italy, Spain,Argentina and Chile. At the moment, I’m enjoying a lot of comic podcasts, too.

Rodrigo: Well, now that I work in comics, I don’t have time to read them! But I do study different comics fron the web and my old paper collection.The last that I read was The Scorpion. I’m a huge fan of FrenchÂ bande dessines, and different European comics likeÂ Dylan Dog,Â Corto Maltese and others.

From the web, thinkÂ  The Abominable Charles Christopher is very interesting. I have to say that I miss Zuda Comics and ROK’s original site, which featured a number of new artists.

At the moment I read so many books (more than comics), such asÂ The Road by Cormac McCarthy andÂ The Last Legion by Valerio Massimo Manfredi.

ROK Comics: Whose work do you most admire in the comics field and why?

I think I admire all this people because all them were – or are – looking to find new sttyles for comic art. At the moment I think that the new way is the digital, which is offering plenty of opportunities to push the form in terms of storytelling, and surprise the reader.

ROK Comics: What advice would you offer to new cartoonists?

Rodrigo: That’s a very difficult question because I still need to learn so many things about this wonderful art yet myself.Â  But the best advice I think is: to be a cartoonist you need to think like a Samurai and concentrate 100 per cent on achieving this. If you can’t work very hard, 14 hours a day, seven days a week, you’re not made for this job, because this is more than a Job: It’s your Life. And like a cartoonist, a life full of sacrifices!

â€¢Â BuyÂ Ligeia: Treasure of the Vampires from iTunes