IDW’s Doctor Who app made IRS debut in the app store yesterday.
It’s just what I’ve been waiting for!
With the first 2 issues of the 11th Doctor series as well as classics and mini series, this is a ‘must have’ for all Doctor Who fans. 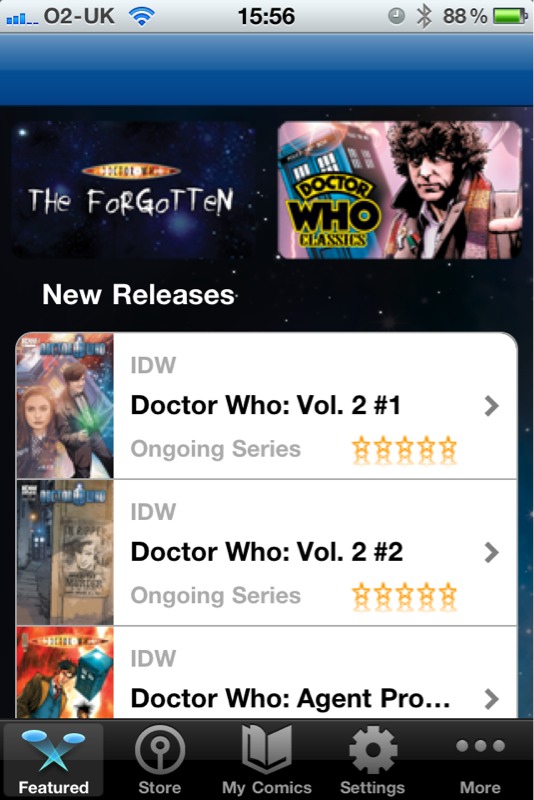 With the app you are also able to download the 2010 Annual, #1 of the Doctor Who Classics and #1 of the 10th Doctor mini series; The Forgotten! 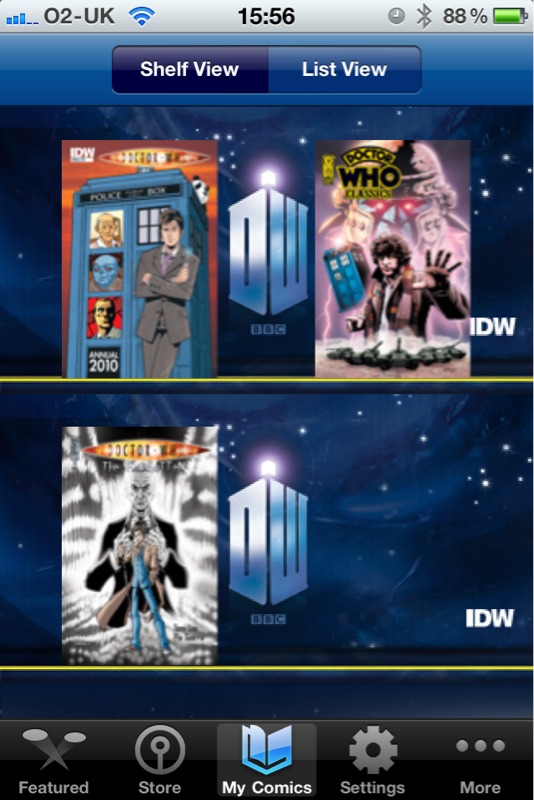