Eco Comics are now expanding themselves to the Graphic.Ly network. I also mentioned them last December: 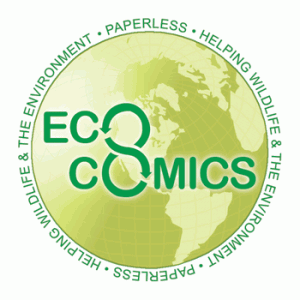 Publisher Mohawk Media has today announced that its Eco Comics range â€“ paperless comic books and graphic novels designed with the specific purpose of having a minimal carbon footprint â€“ is now available via digital comic book platform Graphicly, creating what it anticipates will be an evolutionary explosion for the comic book.

Graphicly’s digital comic platform includes applications to allow the purchasing and reading of digital comic books for PC and Mac desktops, and mobile phone and tablet platforms on Android, iPhone and iPad.

Editor Stuart Buckley says: â€œPaper production, even via sustainable forestry, can have a disastrous effect on the environment and wildlife. Combining Eco Comicsâ€™ outlook with the digital direction of the Graphicly platform is more than a turning point in comic books and graphic novels, itâ€™s an evolutionary explosion.â€

â€œAs you flow through the story, the panels jump out. It takes comics to a whole new level. Readers get that extra satisfaction by realising that comics can be environmentally-friendly and, as a direct result, perhaps being even more enjoyable, interactive, and accessible.â€

â€œReaders can also discuss and review each issue, resulting in Eco Comics not only being environmentally-friendly, but fan-friendly.â€

â€œMohawk Media and Eco Comics will continue to use the latest technologies to help minimise the impact of print comic production on the environment, while simultaneously striving to bring the highest quality entertainment to the reader.â€

Eco Comics titles are available now on Graphicly, including a free preview comic. More titles are set to be announced.