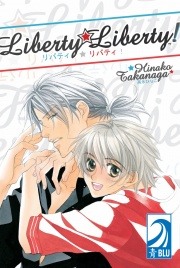 Weâ€™re very sorry to announce that Tokyopopâ€™s BLU titles have been removed permanently from emanga.com ahead of the expected deadline. DMP received a request from Gentosha Publishing to take the titles down despite the contractional deadline. For those of you lucky enough to have picked up these titles, you wonâ€™t have any issues accessing them on your reading list. We wish we couldâ€™ve given fair warning but this needed to be done in 24 hours.