Bleeding Cool’s report from the DC Retailers Roadshow had some interesting snippets for digital fans: 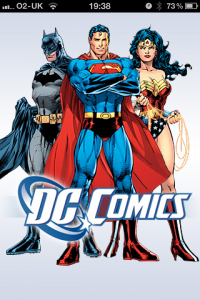 TheÂ polybaggedÂ JLA #1 that comes with the digital redemption code will have a variant cover (itÂ wasnâ€™tÂ announced who would do it however).

It will be interesting to see how this code works – and how the system holds up!

Print Comics Outsell Digital 630 To One

This is just a DC figure – is it because of the increased competition of other titles by other publishers? Probably – your local comic shop can only stock a certain amount of titles by (mainly) the bigger publishers. But with smaller publishers finding how easy it is (and cheap) to publish digitally, there is going to be more competition.

The best was DC offering to retailers increased sales revenue of digital copies of their titles (through comiXology)Â if they have a stand alone DC comics portal (kind of forcing a retailer to get a website). They realize that we (the direct market) are their primary bread & butter (for now).Â  The percentage of print over digital sales NOW are 630 to 1.Â  Of course, this could change, but I do NOT think (IMHO) it will change that dramatically overnight.

I wonder if this is just DC (and others) throwing print retailers a bone to show that they haven’tÂ forgottenÂ about them?