Another excellent half price sale from Comixology and Image Comics

This is a 3 day half price sale, you can check out the collection online here 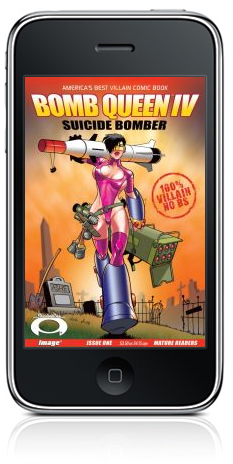 Sheâ€™s the lean Queen of Mean and the crudest anti-hero New Port City could ever ask for. Sheâ€™s Bomb Queen, torn from the pages of Savage Dragon for one jaw- dropping, clothes ripping, escapade after another. This week comiXiology is paying homage to the queen with half-price issues for a limited time only, so donâ€™t delay get in on the action today!

For a decade, the egomaniacal super-villain known as Bomb Queen has ruled the city, made the laws and bent the people to her blood lust and sexual perversion. However, despite years of death, destruction and moral decay, the people of New Port City prefer Bomb Queenâ€™s methods. All hell breaks loose when a hero comes to town and turns Bomb Queenâ€™s world upside down. This hero has to die â€“ or Bomb Queen will loose her rule!

A comic for Mature Readers. Bomb Queenâ€™s packed with explosive thrills, demented chills, and fewer articles of clothing than any other superhero book out there. Get the first 5 volumes of this series for half the normal price while it lasts. Itâ€™s a deal that makes this hot comic even hotter so take advantage of the savings today.