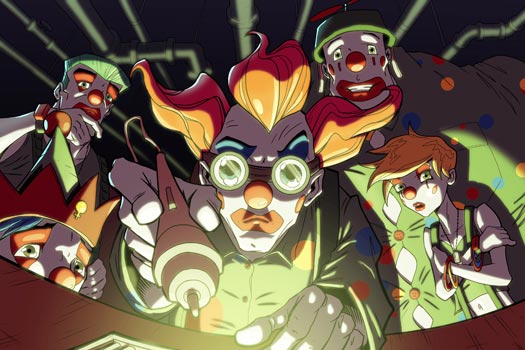 The latest issue of Clown Commandos is now available for yourÂ iPhone, iPad, and iPod Touch! Issue #7:Â Enter the ClownÂ marks the SECOND issue of â€œtalkies,â€ featuring a full cast of characters for your listening, as well as reading pleasure!

Reopen your Clown Commandos app and get it today!