This 9 issue series has been ground breaking in the way it has been produced and marketed. Available over so many digital means there is now reason why you can’t read it!

Now the collected edition has been released the same way! 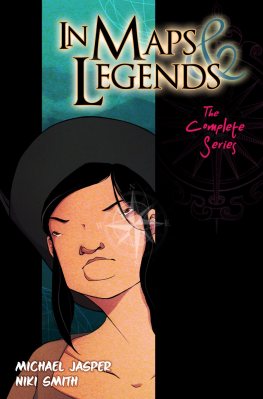 The synopsis is as follows:

Kaitlin Grayson is an artist who finds herself compelled to carve a map that covers all four walls of her window-less spare room. One cold night, a disheveled man named Bartamus bursts into her apartment, claiming that only she can save his dying world.

For Kait, things like this happen in the books she illustrates so often, she feels like she knows what will happen next. But she couldnâ€™t be more wrong when she and her friends step through her map and charge headlong into another world. In Maps & Legends, a former Zuda comic, is a world-spanning fantasy comic mixed with science fiction and steampunk.

You can buy the Collected Edition from the following online distributors:

NOTE: If you have a Kindle or a Nook, weâ€™ve split the collection into two bundles:issues 1-4Â andÂ issues 5-9, in German as well as English!