Walking Dead and Invincible are already Day and Date, but now Image & Comixology have teamed up to bring more to you. Including some excellent titles. Personally I am most excited by ‘Chew’ being day and date – it’s been a personal favourite for a while! 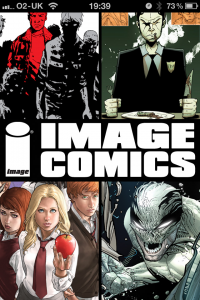 Chew, The Infinite, Severed, Skullkickers and more join The Walking Dead to be sold digitally the same day as print on Comics by comiXology, includingÂ Image Comics websiteandÂ iOS App.

New York, NY, 10/3/11- Images Comics, theÂ third largest comics publisher in the United States, announced with comiXology that they would sell the majority of their highly acclaimed comics the same day as print. Top titles like Chew, Pilot Season, The Infinite, Severed and Skullkickers, along with various other titles will join the ranks of long-time same-day-as-print titles like The Walking Dead and Invincible on the Comics by comiXology platform onÂ iOS,AndroidÂ andÂ comics.comixology.comÂ the same day digitally as print, as well as online at the Comics by comiXology poweredÂ comics.imagecomics.comÂ website andÂ Image Comics iOS app.

â€œImage Comics was one of the first to publish a comic the same day digitally as print with Robert Kirkmanâ€™s The Walking Dead, and that turned out great for all involved,â€ said David Steinberger, CEO of comiXology. â€œWith one of the most diverse selections, we are excited to power their digital initiatives as they publish more of their top comics digitally the same day as print.â€

â€œcomiXology has built an amazing platform for digital comics and a vibrant community around it, which we have happily been apart of for a while now,â€ said Eric Stephenson, Publisher for Image Comics. â€œPublishing our top titles the same day digitally as print will allow our loyal reader to buy their favorite comics on almost any smartphone and tablet, while also getting them into the hands of new readers and grow the market.â€

This Wednesday October 5th, the following titles will be available on the full comiXology platform, the comiXology Digital Storefronts, as well as on comics.imagecomics.com and the Image Comics iOS app: 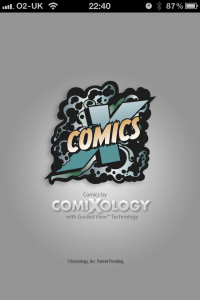 About comiXology
Since 2007 comiXology has been developing the technological infrastructure to bring comics into the digital mainstream and expose new audiences to the rich history and culture of the industry. Through partnerships with top comic book publishers including Marvel Comics, DC Comics, Archaia Entertainment, BOOM! Studios, Dynamite Entertainment and Image Comics as well as their own mobile and web apps which hosts over 13,000 digital titles, comiXology has become a leader in digital comic book proliferation. Also focused on creating strong ties with retail stores through its technology solutions, comiXology continues to transform the previously fragmented comic ecosystem into a vibrant and cohesive marketplace.