The writing was on the wall, here is the news on IDW Publishing’s new apps for digital comics!

San Diego, CA (June 4, 2015) – IDW Publishing, a pioneer in digital comics, launched its next-generation of comic apps for Apple iOS today, June 4th. These new apps were produced in partnership with the premier iOS app developer, Madefire. The new apps feature the entire IDW line of over 3,500 comics and graphic novels with a bold new storefront that makes it easier to find your favorite comics, in-app purchases so you never have to leave the app to get your books, and stunning motion books featuring Transformers, My Little Pony, and Star Trek. 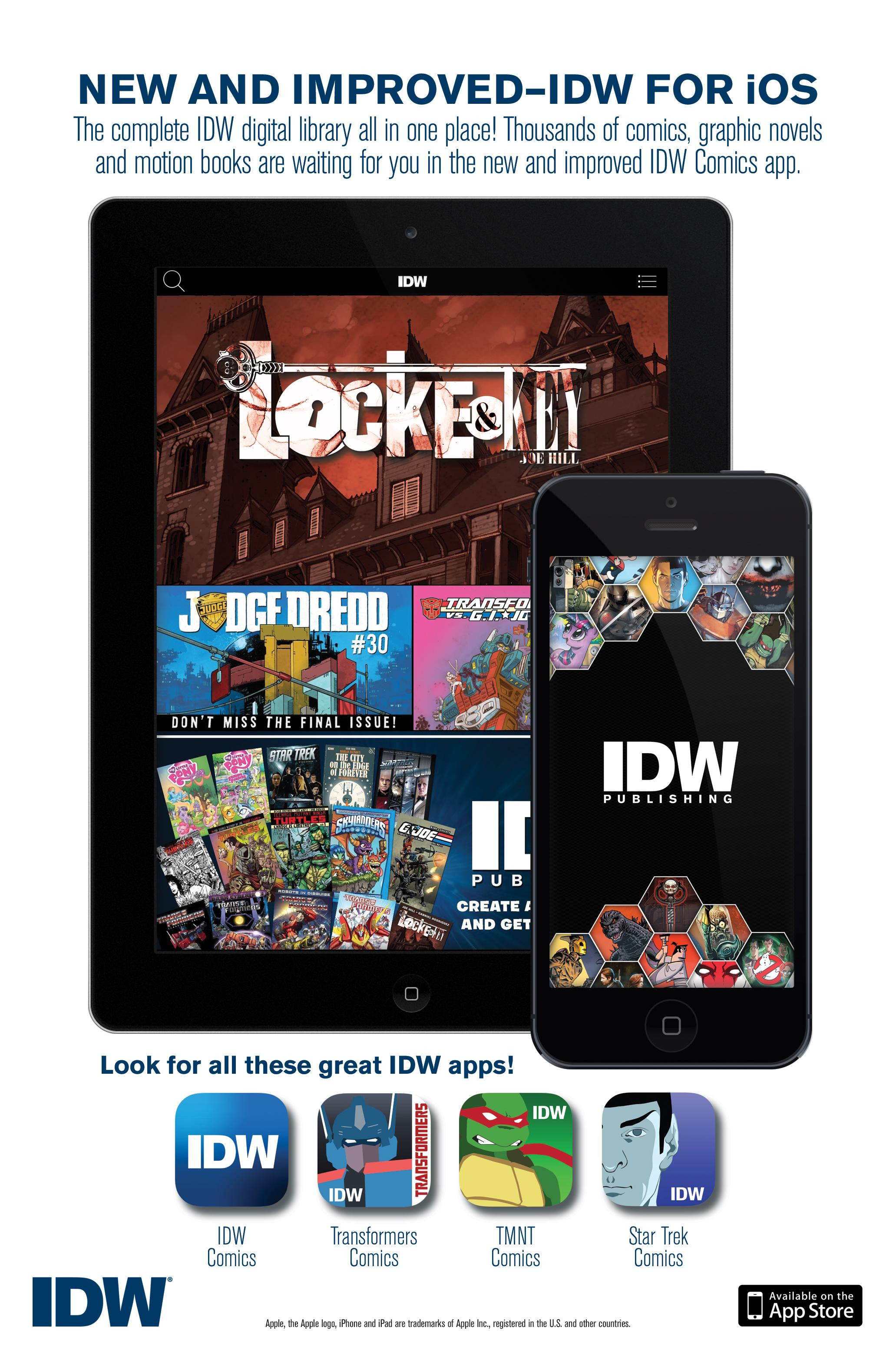 The complete line of IDW apps includes the premier IDW Comics app, which features the full IDW digital library, as well as the individual apps for some of IDW’s premier brands –TRANSFORMERS Comics, Star Trek Comics, and TMNT Comics.

To celebrate this launch, IDW is offering users that create a NEW app account 15 FREE premium collected editions, which totals over 80 issues, plus dozens of motion books. But hurry, this offer is good through July 12th!

“The new partnership with Madefire allows us to expand to more and more devices,” said Jeff Webber, IDW’s VP of Digital Publishing & Business Development. “We are excited to be launching these apps now for Apple iOS, with Android and Windows 8 apps following very soon. And we aren’t stopping there! Later this year, IDW comics will be coming to TV screens and console game devices too!”

“We’re very proud to partner with IDW,” said Ben Wolstenholme, Madefire’s CEO & Co-founder. “Their world-class content is now matched with a world-class digital experience for readers. Using our Motion Book Publisher platform, IDW has control of their apps, storefront, and digital comic formats from PDF to fully immersive Motion Books. IDW is taking digital comics to the next level, and this is just the start!”

Existing users will get the new apps as automatic updates. IDW has taken care to make sure customers keep control of their comic libraries. Users that have purchased comics in any of the previous IDW apps, as well as Madefire and comiXology, can sync their comic collections in the NEW apps with just a few quick steps. For more information on how to sync your previous purchases, click here: http://www.idwpublishing.com/app-faq/

If you have any questions about the new apps, you can contact IDW at: apps@IDWPublishing.com